The NBA commissioner who banned Donald Sterling from the league for life comes into focus thanks to Sports Illustrated’s inside look at his upbringing. Diversity, it seems, has always been a part of his background. One of his closest friends growing up, Masawani Jere, is the chief of the Ngoni tribe in an African village in Malawi called Emchakachakeni.

The two met in high school in Westchester, N.Y., when Jere’s father was a counselor to Malawi’s United Nations ambassador, SI reports. While Jere’s parents regularly traveled to and from Africa, Silver’s were separated—his father in Manhattan, his mother spending winters in Boca Raton—and the two bonded over being on their own. Though Jere moved back to Malawi in 1986, the two remain close, and when Jere’s son was born, he received a Spalding basketball hoop as a gift from Sterling.

The story also cites his other close friend, Regan Orillac. “I’m Irish Catholic,” he said. “[Maswani] is African. Adam is Jewish. We were an odd group, but we made a little family.”

His upbringing, which was spent mostly alone with these friends while his parents were away, prepped him for his solo act with the NBA. While the league has formally charged Sterling for his racist rants and scheduled a hearing to take place two days before the NBA finals, many are skeptical the punishment will actually be seen through. But Silver tells SI: “I know what is appropriate here. I have no doubt.” 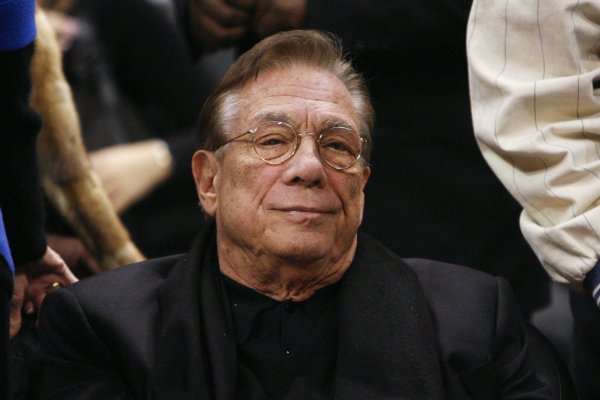