Here's How The Thai Coup Played Out on Twitter

Thailand’s military seized control of the government on Thursday—the 12th military coup in the country since 1932—and a nationwide curfew went into effect at 10 p.m. local time (11 a.m. E.T.). Media outlets have been told to stop reporting and television channels have reportedly been taken off the air, replaced by a single government stream with official content.

But on social media, Thai residents are telling the world about a military coup in real time. The country is no stranger to social media, and both #thailand and #thaicoup were trending on Twitter on Thursday. Wall Street Journal reporter Newley Purnell has a Twitter list of journalists in Bangkok and Reuters executive Vincent Baby keeps “Thailand Live,” compiling input from local and foreign observers (hat-tip to Quartz).

Here’s a compilation of recent English-language tweets coming from the country, comprising a combination of news, humor, anger and resignation.

Thais make their way home before the curfew:

But even martial law can’t keep some Thais and tourists inside:

The rumors are rebuffed:

What happens to the ubiquitous 7-Eleven grocery stores?

The Twittersphere reports from the streets:

And the tourists (or would-be tourists) speak out: 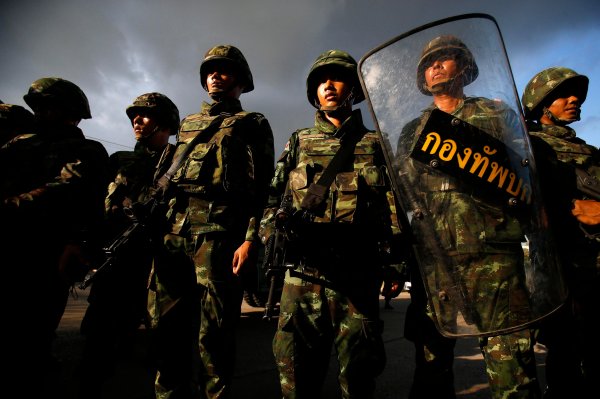 What Next for Thailand?
Next Up: Editor's Pick