The senators — mostly Democrats with two Independents — want Goodell to follow in the footsteps of National Basketball Association Commissioner Adam Silver, who recently banned L.A. Clippers owner Donald Sterling from the league for life following racist comments he made in a phone call that was later published publicly.

“Today we urge you and the National Football League to send the same clear message the NBA did: that racism and bigotry have no place in professional sports,” the letter reads. “It’s time for the NFL to endorse a name change for the Washington, D.C. football team.”

The letter, penned by Senator Maria Cantwell (D-Wash.) and Senate Majority Leader Harry Reid (D-Nv.) and signed by 47 of their colleagues, is the largest Congressional call for a Redskins name change. Senator Reid is among the handful of Congressional members who have already openly denounced the team’s name. Senator Bill Nelson (D-Fla.) sent along a separate letter, according to a press release. No Republicans signed the letter.

The Senators say Los Angeles Clippers owner Donald Sterling’s racist remarks have “opened up a national conversation about race relations,” noting it’s a perfect opportunity for the NFL to act against the Washington Redskins.

“Now is the time for the NFL to act,” the letter continues. “The Washington, D.C. football team is on the wrong side of history. What message does it send to punish slurs against African Americans while endorsing slurs against Native Americans?”

“In speaking face-to-face with Native American leaders and community members, it’s plain to see they need action, not words,” Snyder wrote in a March letter.

In their letter, however, Senators argue the name disparages Indian culture and the majority of tribes and tribal organizations have spoke out against it.

“This is a matter of tribal sovereignty—and Indian Country has spoken clearly on this issue,” the letter reads. “Tribes have worked for generations to preserve the right to speak their languages and perform their sacred ceremonies … Yet every Sunday during football season, the Washington, D.C. football team mocks their culture.” 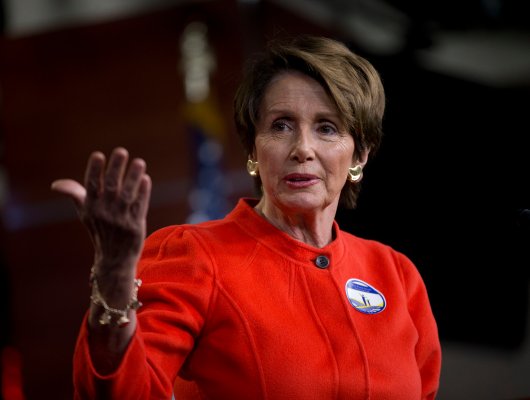 Dems Will Participate in GOP Benghazi Probe
Next Up: Editor's Pick