Edward Snowden, Glenn Greenwald and Laura Poitras have been reunited.

Greenwald’s partner, David Miranda, posted on Facebook Thursday this selfie of the four of them. This was, according to Greenwald’s own accounts, the first time that Snowden was in the same room with the two journalists who helped bring his story to the world. The last time the three of them were together was for their first meeting in Hong Kong last year.

The selfie was presumably taken in Moscow, where Snowden arrived in June after disclosing documents about the inner workings of the National Security Administration, though it could’ve been taken elsewhere as Snowden lives in an undisclosed location.

The documents Snowden disclosed revealed the NSA was collecting cellphone metadata from hundreds of thousands of its own citizens and snooping on nations considered allies of the U.S.

Greenwald recently said on Charlie Rose that he was going to Russia for a joint interview with Snowden. 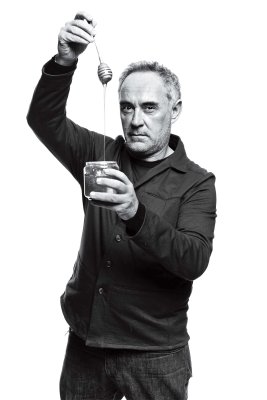 10 Questions With Ferran Adrià
Next Up: Editor's Pick