X-Men: Days of Future Past star Hugh Jackman will bare all to his fans in the upcoming film, but he forgot to warn his 8-year-old daughter about his nude scene in the film.

In an interview with the New York Daily News, Jackman, who plays the legendary clawed mutant Wolverine, said he forgot to tell his kids about his nude scene right up until his daughter asked him why he was’t wearing any underwear.

“It is actually really cool to watch [the movie] with them until you get to the moment where you’re naked onscreen and you forgot to warn your almost 9-year-old daughter,” Jackman said. “And she says ‘Dad, why aren’t you wearing underwear?'”

Jackman also admitted to injuring himself and two other people with his fake claws on the X-Men set. He stabbed and hit one woman in the face, but he assured her it was unintentional.

Jackman, elected PEOPLE’s sexiest man alive in 2008, also gave hope to all X-Men geeks out there when he said that he’ll return to play Wolverine in yet another X-Men movie, although that film isn’t official yet.

“I’m enjoying it more than ever,” said Jackman of his part in the Marvel mutant saga.

The Australian actor, who lives in New York, will soon be returning to Broadway in a new Jez Butterworth play, “The River”. 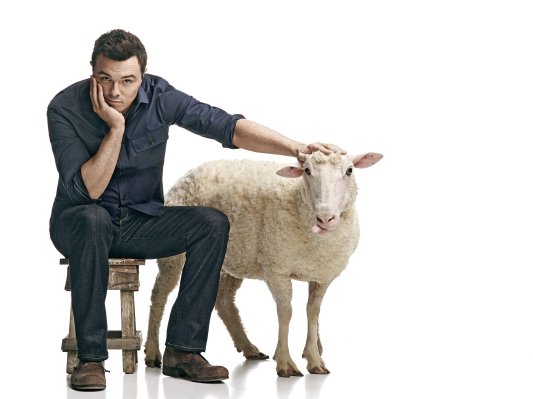 The Good, the Bad and the Silly: A Million Ways to Die in the West
Next Up: Editor's Pick