Everything You Need to Know About MERS

May 2 was not the day U.S. public-health officials were dreading–it was a day they expected. That’s when the Centers for Disease Control and Prevention (CDC) confirmed the first American case of the Middle East Respiratory Syndrome (MERS) coronavirus, the scourge that originated in 2012 on the Arabian Peninsula. More worrisome was what happened on May 17, when the CDC reported the first evidence that MERS, which has infected more than 530 people worldwide and killed 145, had spread from one person to another inside the U.S.–possibly from a handshake.

An Illinois man had two brief business meetings with the first U.S. MERS patient, an Indiana man who lived in Saudi Arabia. Shortly after their meetings, the Illinois resident was found to have MERS antibodies in his blood–an indication that he had likely been infected and successfully recovered. “Are we concerned? Yes,” says Dr. David Swerdlow, who is leading the CDC’s MERS response. “Do we think people in the community need to be concerned? Not at this time.”

There’s a lot we still don’t understand about the virus–including how widely it could spread in the U.S. For now, here’s what we do know.

WHAT ARE THE SYMPTOMS?

Most people report flu-like signs, such as fever, cough and chills, and have difficulty breathing.

DOES EVERYONE WHO GETS INFECTED BECOME ILL?

No. People present in a number of different ways–from the mild to the more severe–and about 20% of those infected are entirely asymptomatic.

According to what we know now, people in the U.S. who have not traveled to the MERS hotbed of Saudi Arabia are not at high risk. All active infections are currently in the Middle East.

HOW CAN I PROTECT MYSELF?

Stick with the basics: Wash your hands for 20 seconds with soap and water, and avoid touching your eyes, mouth or nose with unwashed hands.

IS THERE A TREATMENT?

There are no drugs or vaccines for the virus. Healthy people with strong immune systems are better able to fight off the milder infections. 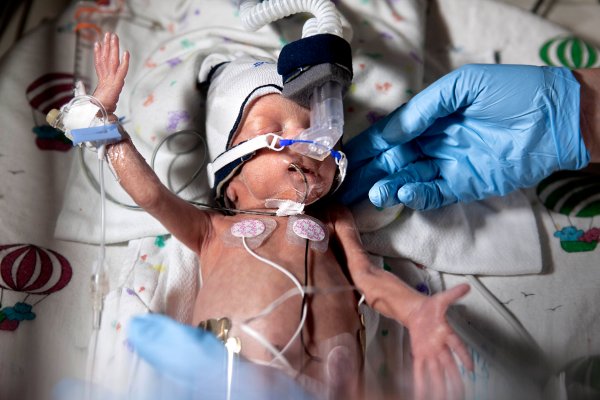 Saving Preemies
Next Up: Editor's Pick