• Cups and bags from Chipotle will now bear “words and whimsy” from Toni Morrison, Judd Apatow and more. Yum.

• The creator of Flappy Bird, who pulled his hit mobile game from app stores in February for being “too addictive,” told CNBC that Flappy Bird will return in August.

• Tom Cruise changed his Twitter bio to better reflect his job description: “Running in movies since 1981.”

‘It will be a terrible film.’

JAMES FRANCO, after the Spring Breakers producers announced a sequel that won’t involve him or director Harmony Korine

In 1985, decades after Andy Warhol turned Campbell’s soup cans into art, he used this image in a piece made on an Amiga computer–outdated tech from which the art was only recently recovered. A film about the process debuted at the Andy Warhol Museum in Pittsburgh and can be seen at nowseethis.org.

Time in seconds it took a Brazilian teenager to perfectly type a 25-word message on his smartphone, setting a Guinness World Record for texting speed

The actress, 27, has played lots of strong women, from Juno’s pregnant teen to Whip It’s roller-derby whiz. As Kitty Pryde in X-Men: Days of Future Past–the time-traveling new addition to the franchise, out May 23–she’s got a different, mutant kind of power. Here, she talks to TIME.

A major question this movie raises is whether events are fated to happen. What do you think?

I have no idea what’s happening, and I’m O.K. feeling that way. Not in the ‘I want to stay in Plato’s Cave’ kind of way, but I have no clue.

You only have future-set scenes in the movie, none of the 1970s stuff. Is there a past era you’d like to visit?

Probably the ’70s. It’s going to seem like I’m bullsh-tting you, but it would be amazing to see Patti Smith play Horses.

You wouldn’t try to save the world?

To presume that I could save the world, that would be pretty douchey. I’ve gotta be realistic.

Do you often get asked which superpower you’d want?

Does the answer change?

I say flying, which is kind of boring but would be awesome. I also think being able to change into anyone would be really radical. It would be fun to be Jay Z. I don’t know why that person came to mind.

And from a sociological perspective, to transform into anyone and see what your experience is in the world–if everyone had to do that, I bet stuff would be a lot better.

“I’ll watch an episode twice in a week, the jokes are so consistent.”

“I’ve been going nonstop with [that album].”

The word tondo, a Renaissance term for round art, typically conjures ideas of the past. Or it did, until Takashi Murakami made this one, using a Terry Richardson photo of Pharrell Williams and his wife on their wedding day. It’s one of the pieces chosen by Williams for a show opening May 27 at Paris’ Galerie Perrotin Salle de Bal, which has added another line–curator–to the Grammy winner’s impressive CV.

High-end lingerie store La Perla recently removed its mannequins–designed to look as if their ribs were showing–after customers complained about their emaciated appearance. But the New York City–based retailer is hardly the first to feature window models that cause a stir.

[This article consists of an illustration. Please see your hard copy.]

In 2013 several retailers in Sweden and the U.K. placed plus-size models next to svelte ones in an effort to showcase a variety of body types.

In January, American Apparel used some New York mannequins to promote a more natural look; critics dismissed them as a publicity stunt.

Last year a Miami store started tattooing mannequins to look more like the edgy women who shop there.

In 2013 a Venezuelan mannequin manufacturer nipped and tucked its models to reflect customers. Sales went up in spite of protests.

An Italian company has built mannequins with eye cameras that can log the age, gender and race of passing shoppers.

• McDonald’s new U.S. Happy Meal mascot, Happy, appears to be anything but. Quoth one Twitter user: “THAT! is Scary!”

• Microsoft’s Xbox One and Sony’s PlayStation 4 consume at least twice as much power as their predecessors, mostly when they’re in standby, according to a new study.

• A 34-year-old Texas woman allegedly posed as a 15-year-old high school student for an entire year–a plot that sounds a lot weirder in life than it did in Never Been Kissed. 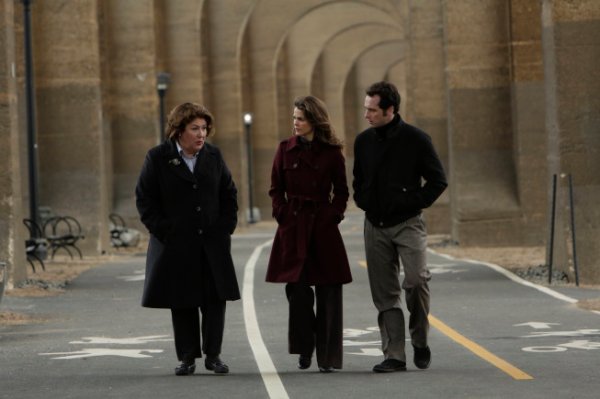 RECAP: The Americans Watch: Something Greater Than Yourself
Next Up: Editor's Pick