President Barack Obama Wednesday signed a proclamation turning half a million acres of land in New Mexico into a national monument protected from development.

The Organ Mountains-Desert Peaks National Monument is now the largest national monument created during Obama’s tenure in office, twice the size of what was formerly the biggest, the Rio Grande del Norte National Monument, also in New Mexico. The protected area, near Las Cruces, includes petroglyphs from three indigenous societies, canyons, mountains and desert grasslands, a volcanic field and a petrified forest.

Some Republicans, including Utah Republican Rep. Rob Bishop, chair of the House Natural Resources subcommittee on public lands and environmental regulation, criticized the move as one that will harm national security along the border with Mexico. “National Parks, monuments, and wilderness areas along our southern border have become prime drug-trafficking corridors for violent criminals and drug cartels,” Bishop said in a letter urging the president not to sign the proclamation.

The decision to bypass Congress and turn the region into a federally protected natural area by presidential proclamation fulfills a promise Obama made to do just that in the State of the Union address. 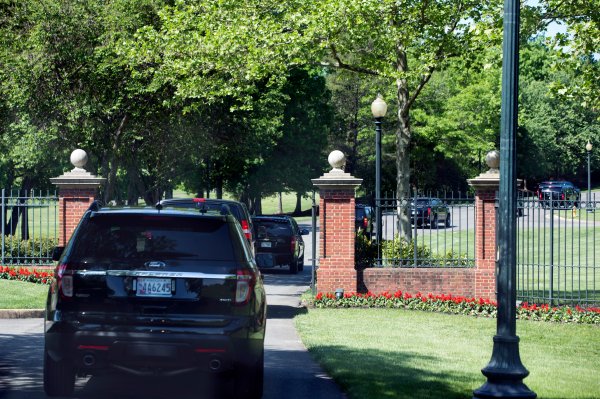 The Inside Story of Obama's Golf Game with a Lawyer, a Lobbyist and an Oil Man
Next Up: Editor's Pick