70% of Mastectomies Aren't Necessary. Here's Why Women Have Them Anyway

But that hasn’t kept rates of mastectomies from climbing. In the 1990s, about 1% of women diagnosed with breast cancer in one breast opted to have the other one removed; that percentage has jumped to 20% in recent years.

MORE: Angelina Jolie’s Double Mastectomy: It’s Not the Only Option

This increase is despite the fact that studies don’t show that removing an unaffected breast can lower a woman’s risk of recurrence or increase her chances of surviving the disease. That doesn’t change the fact that there are other reasons—perfectly understandable and deeply human ones—that may be guiding women’s choices. We spoke with leading experts and identified these four.

1. A fear of doing nothing

“Fear is absolutely driving the decision,” says Dr. Isabelle Bedrosian of the University of Texas MD Anderson Cancer Center. “I definitely understand that fear; we often hear, ‘I don’t want to deal with this ever again.’” And that’s reasonable, especially for women who go through the rigors of chemotherapy, and who are worried about surviving their disease so they can be there for their children and their families.

That fear, however, can overshadow reason. Bedrosian was not involved in the current study, but published a trial in 2010 in which she and her colleagues found that only a small and specific group of women diagnosed with breast cancer—those under age 50, with early stage disease that was negative for estrogen receptors—may benefit from having both breasts removed. These women enjoyed a nearly 5% improved chance of survival five years after diagnosis than those who did not have the unaffected breast removed. But as the current study found, this represented less than 10% of women with breast cancer.

Studies also show that the chances of breast cancer recurring in the opposite breast are very, very small. In fact, breast cancer patients are more likely to develop recurrent tumors in other parts of the body—the liver, lungs, or the brain—than they are their other breast. Still, says Hawley, “There are probably other things caught up in the variable of worry, from not wanting to think about [cancer] anymore, to not wanting to regret anything in the future if something did happen.”

2. Early detection means too much information

Technology may also play a role in driving up rates of just-in-case surgery. More women are getting an MRI of the breast, both as a way to screen for breast cancer and to give doctors a better picture of the tumors. These images are refined enough to pick up the tiniest of lesions, including those that may not need treatment. But it’s hard for women to do nothing at all after learning they have a growth in their breast, even if they might be benign and not require treatment. In such moments, it’s likely that every instinct tells women to do something. “The feeling is to do everything possible, and doing everything possible means more surgery,” says Hawley.

Breast cancer advocacy is a model of how to mobilize and educate the public about a disease. Rates of screening have gone up while death rates have come down (although it is still the leading cancer killer among U.S. women). The awareness about the disease and the push for better treatments, however, have magnified the obligation and responsibility behind every choice, from screening to diagnosis and treatment. And that’s especially true about the decision surrounding prophylactic surgery. “There is a hyper awareness surrounding prophylactic mastectomy, and many women are choosing it without a clear understanding of why,” says Bedrosian.

Coverage of celebrities’ decisions to proactively remove their breasts may also heighten the urgency of taking aggressive action for many women. “I don’t know of anyone publicly who has said they were diagnosed with breast cancer recently and chose to have lumpectomy with radiation,” says Hawley. (Good Morning American anchor Amy Robach, who does not carry the BRCA breast cancer genes which put women at higher risk of recurrence, still decided to have a double mastectomy.) “There is a feeling that doing everything you can is a way to take control. And just doing a lumpectomy and radiation may not be taking as much control as choosing a double mastectomy.”

4. Not enough accurate information about options

Bedrosian admits that part of the reason women are choosing to proactively remove their breasts, even when they may not need to, has to do with the fact that doctors don’t have the best tools for helping patients make this decision. For the 10% of women at high risk of having recurrent breast cancer, the decision isn’t as challenging. But for the remaining 90%, many of whom may not have a genetic risk but have distant relatives with the disease, the decision becomes harder. “Communication is important to make sure that patients are informed about the medical facts,” says Bedrosian. “It’s important to make sure that our patients are making informed choices and not simply fear-driven choices.”

In the end, it’s a very personal—and complicated—decision, in which each of these factors, and many others, may take on varying degrees of importance. 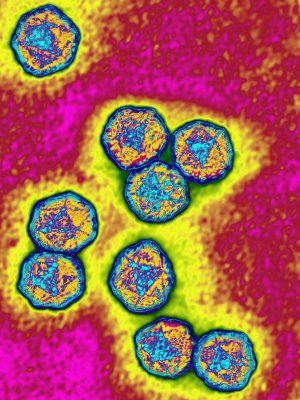 Red Robin Eaters May Have Been Exposed to Hep-A
Next Up: Editor's Pick