Colorado’s largest pediatric emergency center has treated nine children so far this year for accidentally ingesting marijuana. The Children’s Hospital Colorado in Aurora, the Denver Post reports, treated eight children for the same reason during all of 2013.

The effects can be serious for kids. Most of the patients were under seven years old and many were admitted to the intensive care unit, treating conditions like severe sedation, which can lead to breathing problems.

But while the message to keep pot out of kids’ reach is not one to take lightly, what the Post reports as a “surge” in cases is far from an epidemic. The hospital’s patient load, while not inclusive of other hospitals’ cases, represents a tiny portion of the area population. Aurora is a suburb of Denver where 6.5% of the population, roughly 342,000 people, are under the age of five.

These numbers come at a time when Colorado is nearing the half-year milestone for legal recreational pot sales. Hoping to create a solution before underage ingestion becomes a widespread health problem, lawmakers passed a new statute that will require edibles, like THC-infused brownies and lollipops, to be identifiable as pot products even outside of their packaging. Gov. John Hickenlooper signed the measure Wednesday.

No one under the age of 21 can legally purchase marijuana for recreational use in Colorado or Washington. 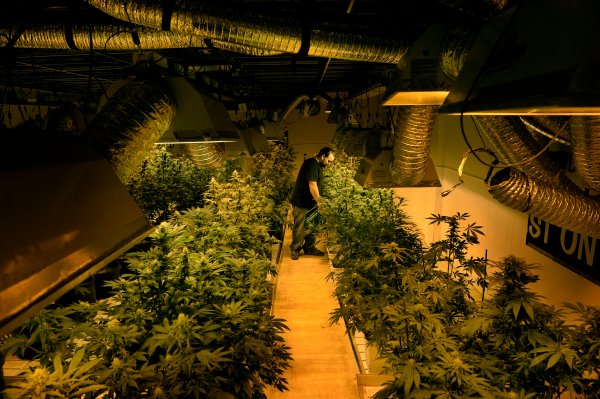 Pot Banking Greenlit in Colorado, But There's a Hitch
Next Up: Editor's Pick