By agreeing to join the House GOP’s Benghazi investigation after contemplating a boycott, Democrats are taking a serious risk. The benefit is that Democrats will have a (limited) say over the investigation and an opportunity to defend Barack Obama, Hillary Clinton and others during the committee’s hearings. The risk — and it’s a major one — is that Republicans can now tout the “bipartisan” nature of the inquiry and any of its findings. For low-information voters who don’t closely follow the ins and outs of Washington politics, “bipartisanship” is an easy, though often misleading, signifier of legitimacy. (Jonathan Chait is good on this point.)

And those low-information voters will be hearing a lot about this panel. Many people in Washington media consider Benghazi to be a phony scandal exploited by the GOP and are sick of covering it. But cover it they will. This afternoon CNN ran live with House Speaker Nancy Pelosi’s annoucement of five Democratic members to the panel. (Pelosi herself averred of the decision to participate, “I could have argued this either way.”)

That’s because what began as a genuine tragedy and then evolved politically into an effort to damage President Obama’s re-election campaign has now become almost entirely about the single most exciting topic in American politics: Hillary Clinton’s 2016 presidential ambitions. It doesn’t matter that few people really believe that some scandalous truth about the September 11, 2012 attack remains to be unearthed.

Benghazi has become less about what really happened that night than about something called “Benghazi,” which is not a place or an event but a process, a spectacle — the venue for political combat that pits Hillary Clinton and her defenders against the charge of the right’s brigade. CNN and every other network will cover this story exhaustively because people are fascinated by the public discourse around Hillary and how her political machine responds to it. Analysts will cover tone, temperament, tactics and “optics” on their own merits. (Yes, I will likely participate. Perhaps this very item you’re reading qualifies as well.) Nothing new will be learned about foreign policy or diplomatic security. Everything will happen on a meta level.

Meanwhile, the real place called Benghazi is in a state of chaos, with potential national security implications for the U.S. That’s a more relevant and important story — but not one you’re likely to hear about in the weeks to come. 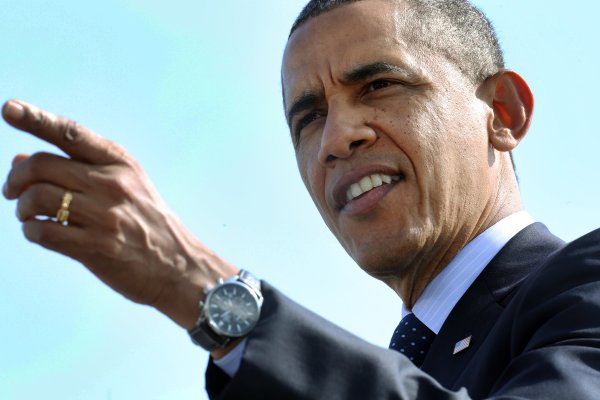 U.S. Troops for Nigerian Girls
Next Up: Editor's Pick