Airbnb, a service that effectively lets people turn their homes into private hotels, has agreed to share anonymous user data about all of its New York hosts with New York’s Attorney General.

The agreement comes after New York Attorney General Eric Schneiderman’s second subpoena against the startup. The information being shared won’t include names, addresses or other personal data. The Attorney General’s Office will review the anonymous data for one year, and may request further information on individual hosts.

Does this mean the government will come knocking if you host through Airbnb on occasion? Probably not, at least according to Airbnb’s blog post.

“We believe the Attorney General’s Office is focused on large corporate property managers and hosts who take apartments off the market and disrupt communities,” Airbnb wrote. “We have already removed more than 2,000 listings in New York and believe that many of the hosts the Attorney General is concerned about are no longer a part of Airbnb.”

Airbnb has come under attack from lawmakers in New York and San Francisco, some of whom feel the service should be subject to the same laws–and taxes–as hotels. In San Francisco, a proposed bill would set some ground rules for services like Airbnb, such as allowing people to rent only their primary residences through the site.

Airbnb says it’s pleased with the agreement in New York, but said in a statement “there is so much yet to be done” in working with governments around the world. 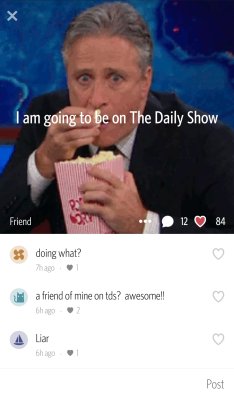 'Secret' App Is Now Available on Android
Next Up: Editor's Pick