As India gets ready to ring in a new Prime Minister on May 26, Aam Aadmi Party leader Arvind Kejriwal, fresh from his defeat by PM designate Narendra Modi in Varanasi, was sent into judicial custody on Wednesday, reports PTI.

According to several Indian news outlets, Kejriwal refused to pay bail in a defamation suit filed against him by Bharatiya Janata Party (BJP) politician Nitin Gadkari, and has been taken to Tihar Jail in New Delhi. Gadkari has complained that Kejriwal included his name on a list of “India’s most corrupt.”

Earlier in the day, the former civil servant had apologized for stepping down as Chief Minister of New Delhi in February after less than two months on the job. AAP, on its fiery platform of battling corruption, had a surprisingly strong showing in its electoral debut in legislative polls in December, winning 28 seats.

With the outside support of Congress, AAP formed the Delhi government and Kejriwal, with some apparent reluctance, took the Chief Minister’s seat, only to resign in 49 days. Kejriwal said he was quitting because the anti-corruption bill he was backing did not pass the legislature. But many speculated it was a strategic move for the up-and-coming politico to free himself to work on the fledgling party’s first national campaign.

Whatever the motivation, the move inspired a mixed response. Ardent supporters appreciated that Kejriwal took the high road, and was willing to give up his prestigious post in the name of fighting corruption. In Varanasi, AAP supporters made a strong showing in the run-up to the vote, despite Kejriwal’s eventual defeat there. Mustaq Khan, an auto-rickshaw driver, stood along the side of the road carrying an 8-foot tall homemade broom, the AAP party symbol. “The 49 days that Kejriwal ruled Delhi, nobody could as done as well,” Khan said. “He quit on principle. He wasn’t attached to power.”

Others felt the new party had squandered the chance voters had given it and that made many think twice about voting for the AAP candidates in their own constituencies when national polls came around. “Aam Aadmi did very well on corruption,” Ansar Khan, a 52-year-old tailor in the Dharavi slum of Mumbai, said. Khan was voting Congress, but, he says, he had been planning to give AAP a chance before they quit. “Even if they struggled, we would have understood. Instead, AAP made a fool of the people that voted for them.”

Those people weren’t going to be fooled twice. Out of the over 430 seats the party contested in national elections, AAP won only four. Now the party is regrouping — or at least it was, until Kejriwal’s arrest on Wednesday. “In the coming weeks we will hold a lot of [gatherings], apologize to Delhi’s citizens and convince them to give us a clear majority so that we can form the country’s first corruption-free government,” Kejriwal told reporters before he was , according to NDTV. It’s a start, but even the party chief sounded unconvinced it would work: “Chances of our forming a government under the circumstances are negligible.” 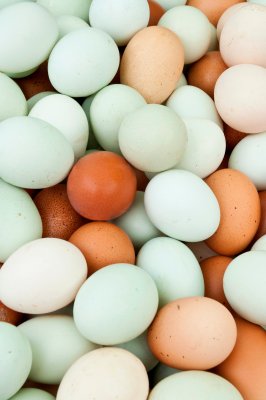