Mice just want to have fun. New research shows that when an exercise wheel sits in a forest, mice will voluntarily run on it.

Scientists say this proves that wheel-running is not a neurotic behaviour linked to caged animals, but actually something they enjoy doing.

Researchers in the Netherlands, at the Leiden University Medical Centre, did an experiment by placing exercise wheels outdoors and monitoring the wheels with motion detectors and cameras. And after recording 12,000 snippets of video showing mice running on the wheels on their own accord, the researchers published the results.

“When I saw the first mice, I was extremely happy,” said Johanna Meijer, a brain electrophysiologist who studies biological rhythms in mice, the New York Times reports. “I had to laugh about the results, but at the same time, I take it very seriously. It’s funny, and it’s important at the same time.”

Meijer and Leiden University researcher Yuri Robbers were inspired to do the experiment after animal welfare committees questioned whether mice enjoyed running or whether the behavior was caused by stress.

Although most peer reviews have been positive, Mark Bekoff, a professor of ecology and evolutionary biology at the University of Colorado, said he thought the study showed that wheel-running could be a voluntary activity but that when caged, mice might do it more out of stress of confinement. 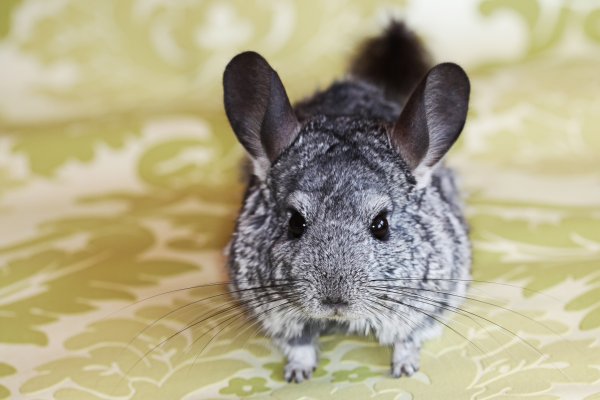 We Should All Aspire to Be as Joyful and Free as This Chinchilla Rolling Around in a Dust Bath
Next Up: Editor's Pick