Fed Policy Has the Emerging World Lamenting the Dollar's Dominance

The U.S. Federal Reserve is taking heat these days from policymakers in the developing world. They have good reason to be disgruntled. Ever since the Fed signaled last year that it would begin scaling back – or “tapering” – its unorthodox program to stimulate the U.S. economy, emerging markets have been in turmoil. Investors, fearful that a cutback in Fed largesse would crimp funds flowing to the emerging world, have yanked their money back, causing currencies to tumble from Turkey to South Africa to India.

That has forced central bankers in the developing countries into unwelcome choices. Many have had to hike interest rates in an attempt to stabilize their currencies, a move that could slow growth. And they’re not too happy about it. The most outspoken has been India’s central bank governor, Raghuram Rajan, who has complained that global policy coordination has broken down, the Fed has acted on its own, and selfishly left the emerging world to its fate. “Industrial countries have to play a part in restoring that [co-operation], and they can’t at this point wash their hands off and say, we’ll do what we need to and you do the adjustment,” Rajan recently criticized. He continued his critique at this month’s G-20 meeting in Sydney. The message from the U.S. and other major economies “is that you [emerging markets] are all on your own, no one is going to come to your help,” he warned on CNBC. “If that’s the message that goes out, we’re setting in place the roots of the next crisis.”

Such sentiments are not Rajan’s alone. “It is very important to continue to communicate to discuss about the roadmap so that we in the emerging markets can prepare,” commented Finance Minister Muhamad Chatib Basri of Indonesia, another country that has gotten hit by Fed tapering. Even the G-20 communique reflected these concerns. “All our central banks maintain their commitment that monetary policy settings will continue to be carefully calibrated and clearly communicated, in the context of ongoing exchange of information and being mindful of impacts on the global economy,” it stressed.

The complaints have highlighted a key, and perennial issue facing the global economy. Because the U.S. dollar is the world’s dominant currency, the decisions made by American policymakers ripple through the entire global economy – as in the case of Fed tapering. However, the Fed makes its policy decisions not based on their potential consequences for the rest of the world, but on conditions in the U.S. economy – inflation and employment. Thus there is a mismatch. The Fed acts locally but has a global impact. As Rajan points out, that’s far from ideal. Fed policy aimed at achieving certain goals tends to have unintended spillover effects that other countries are forced to accommodate.

Yet the criticism the Fed is facing over its decision to taper is unfair as well. The very extreme and unusual nature of the Fed’s policy – which pumped hundreds of billions of dollars into the economy through a process known as “quantitative easing,” or QE – meant that they had to be temporary. Acting as if the Fed decision to scale back somehow caught emerging economies off guard means the policymakers themselves were unprepared for the inevitable. Even more, what exactly was the Fed supposed to have done? The Fed indicated its intentions to change course long before it actually did. Sure, the Fed does not really consider the international fallout from its choices. But the alternative is impossible as well – the Fed is simply not tasked with being the world’s central bank. And how would that work, anyway? It seems highly unwieldy for the Fed to have made its tapering decision based on consultations with central bankers all over the world, who all would have had their own interests in mind.

So in the end, Rajan and his emerging-market colleagues point out a serious flaw in the global financial system for which there is probably no workable solution – outside of replacing the dollar as the world’s No.1 currency. With that nowhere in sight, Rajan and others may be stuck doing a lot of complaining. 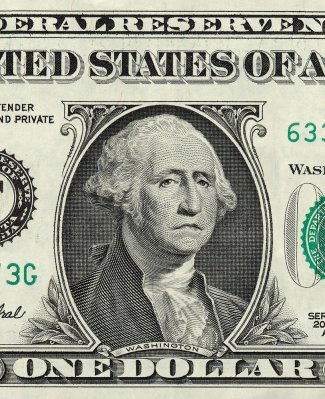 10 States Where Income Inequality Has Soared
Next Up: Editor's Pick