RECAP: The Americans Watch: Something Greater Than Yourself

Spoilers for the season 2 finale of The Americans follow:

“Paige is your daughter, but she’s not just yours. She belongs to the cause and to the world. We all do. You haven’t forgotten that, have you?”

It’s not exactly rocket science–or stealth-airplane science–to say that a drama about covert agents is going to involve questions of loyalty. But a major concern of “Echo,” and really much of the fantastic second season of The Americans, is the bigger, moral/social question that “loyalty” implies: Whom do you belong to? To your loved ones? Your country? Your ideals? Your god? Or only to yourself? And what does that mean beyond feel-good words: if you belong to something larger than yourself, what does that person, that community, that institution have the right to demand?

This was the stark question that Claudia (welcome back, Granny!) sprung on Philip and Elizabeth in the season finale’s gut-punch of a closing twist. (At least I didn’t see it coming–though I started to wonder, with Paige’s increasing fervor, if Elizabeth might be tempted to bring her in on her parents’ true identities.) But it was also a hard-to-miss theme in the episode overall. It was the heart of Paige’s Christian activism: Jesus “was willing to sacrifice himself for the greater good.” It was the story of poor Fred, find some meaning by dying for the sake of the Cause and a paint sample. It was Elizabeth’s attempt to comfort Jared about his parents’ deaths: “They believed in something greater than themselves.” And it was, horribly, Jared’s justification as he gargled out his confession to their murder: “I had to protect my cover. What we do, it’s for something greater than ourselves.”

Recognizing that something is greater than yourself may be a noble thing, but it’s also deeply dangerous. Once you are willing to accept that you don’t belong to you, it opens the door for a lot of parties to claim you, for a lot of purposes. When a cause becomes convinced it has a righteous claim on its followers, it’s only a short step to claiming their children.

And that claim strikes to the heart of Philip and Elizabeth’s double life. Their children, after all, are not simply the kids they go home to after work; they are literally a product of the job, conceived as part of their cover. That the state should claim them–Paige, at least, for now–as “second-generation illegal” agents is ghastly, but seen through the lens of state ideology, the cause is simply claiming its due. Paige would not exist without Soviet matchmaking; her third parent, truly, is Mother Russia.

On a lesser show, Granny’s order would be one more external problem to solve–neutralized, as it seems at first to be, by Philip’s threatening visit to Arkady. Stay away from my daughter, problem solved, danger averted. But because this is The Americans, the big conflict is within the marriage. Philip is a dedicated agent, but as a father, he’s adopted the immigrant ideal, believing he’s truly raising his children to have a life different–safer, more comfortable–than his own. Given that his job is to bring down the system in which they live, there’s a bit of a contradiction there, and Elizabeth calls him on it. “It would destroy her,” he says. “To be like us?” she answers.

When I call The Americans an intimate thriller, this is what I mean. It brings the suspense–the final fight with Larrick, the getaway scene scored to Golden Earring’s “Twilight Zone”–but the ultimate drama, what makes it great, is about personal choices. Who are you? What are you willing to give up? Is it more terrifying to see your children in danger, or to risk losing them emotionally forever, seeing them become strangers to you? In a minute of downtime, Elizabeth and Philip share stories of their childhood hardship: to her, it’s a better alternative than losing her daughter to kumbaya Christianity, but to Philip, it’s something to save his children from. (It’s a nice touch, by the way, that his story is interrupted, and he never gets to finish it.)

Elizabeth and Philip have survived this life; they’re good at their jobs. But we see that things don’t always work out well for people who give themselves to something greater. Stan has lost his marriage, loses his lover, may lose everything, but he elects to roll the dice rather than betray his country. Which means the end of the line–for now anyway–for Nina, whose composure, resourcefulness, and bravery were not enough to secure Stan’s treason or the state’s mercy. In a heartbreaking image, she looks back at Arkady with the portrait of Lenin, powerful and impassive, over her shoulder. (I hope we haven’t seen the last of her, but Annet Mahendru here reminds us why she’s been the MVP of season 2.)

This finale capped off a season in which not only nearly every move The Americans made went right (I could pick nits but I won’t), but the things that went right worked well together too. Season one had a thrilling cat-and-mouse game with the Jenningses and neighbor Stan, but it posed a danger in the long term: if every season becomes a variation on “Stan almost finds out who they are,” it risks becoming tiresome or making him seem merely incompetent. So this season spun him off into his own crises at work and with Nina, challenging his dedication and enriching the already fascinating internal dynamics of the Rezidentura.

And the kids: wow. Dramas with a family element often struggle with kids’ stories, for instance; they can often seem tacked on or insignificant in comparison to the adult’s storylines. But this season used both Paige and Henry remarkably. The scene in which Henry, caught breaking into a neighbor’s house to play video games, miserably pleads “I’m a good person!” is one of the most wrenching things I’ve seen this year. It shows a kid’s problem, but also conveys that this is really one of the worst things he’s experienced–his confidence in his very nature is shaken–and that in turn echoes Philip and Elizabeth’s moral crises.

Paige’s story, meanwhile, has been an utterly believable journey of self-discovery for a teenage girl in the early ’80s–compounded by the fact that she’s fighting for independence while living in an artificial world created by surveillance professionals. (She, meanwhile, is getting naturally suspicious of all those “business emergencies.”) She sees her parents as denying her individuality; her parents–fighting for a system that’s none too keen on the individual–see her becoming an opiate-of-the-masses addict.

Elizabeth and Philip have saved their family, physically, but only for now. And it’s in jeopardy emotionally, as we see in that fantastic last tableau in the park, the Jenningses sitting together but separate, Paige reading, Mom and Dad staring off separately, Henry flying a kite alone and spinning, spinning, spinning. And unlike last season’s ambiguous season ending, the orders for the Centre promise an impetus that will give season 3 immediate plot and emotional urgency. (Oh, and? Martha. Has. A. Gun.)

I can’t wait. But for now, I’d consider The Americans the best season of TV I’ve seen so far in 2014, and it will take some work for another show to displace it. (Yes, I considered True Detective. Whatever other show you’re thinking about too. We’ll see.) And as for next year–hoo boy. Paige talked about the inspiration of Jesus Christ, who sacrificed himself for the good of humanity, but little does she know that, behind the scenes, this is not the story of Jesus. It’s God telling Abraham to lay his child on the altar. 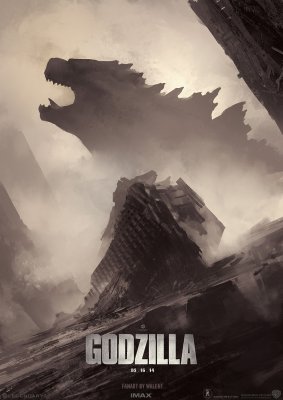