A major Bitcoin exchange filed for bankruptcy protection on Friday, providing a detailed account of the estimated losses from what was one of the world’s largest exchanges for the currency.

In a news conference in Japan, a lawyer for the Tokyo-based Mt. Gox exchange said it had lost three-quarters of a million Bitcoin belonging to customers, along with 100,000 of its own. At current market prices for Bitcoin that’s an estimated loss of $473 million, the Associated Press reports. Mt. Gox listed outstanding debts of about $63.6 million against assets of about $37.7 million.

Late Monday evening, Mt. Gox’s website went blank unexpectedly, causing the value of the virtual currency to fall to around $470 from $550 in just a few hours. A leaked document revealed that a security breach had resulted in the theft of nearly three-quarters of a million Bitcoin—about six percent of all available Bitcoin. The heads of several other Bitcoin exchanges released a joint statement saying the Mt. Gox shutdown “does not reflect the resilience or value of Bitcoin and the digital currency industry.”

The sudden implosion of an exchange that, according to the Wall Street Journal, at one time handled more than 80 percent of all Bitcoin trades has raised questions about the lack of regulations governing the currency. On Thursday, Federal Reserve chief Janet Yellen told the Senate Banking Committee that the central bank does not have the authority to regulate the digital currency.

“Bitcoin is a payment innovation that’s taking place outside the banking industry,” Yellen said. “To the best of my knowledge there’s no intersection at all, in any way, between Bitcoin and banks that the Federal Reserve has the ability to supervise and regulate. So the Fed doesn’t have authority to supervise or regulate Bitcoin in anyway.” 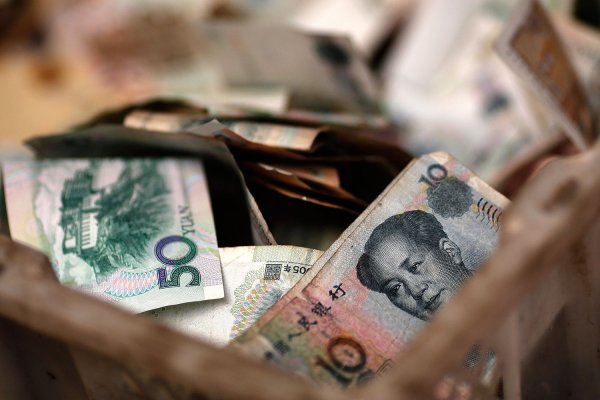