Does the state have the right to execute its citizens? My answer is yes. Did the botched execution of Clayton Lockett in Oklahoma – 43 minutes between the beginning of the lethal injection and his death by heart attack – constitute cruel and unusual punishment? Again, my answer is yes. Does Texas, which persists in proving itself to be our nation’s most efficient capital killing field, execute citizens in a way that isn’t cruel and unusual? My answer is probably. Should Texas and other states exercise this right? Here, my answer is no.

I say that not only because the death penalty has been disproportionately imposed upon blacks and Hispanics, who make up more than half of our nation’s death row population (and more than two-thirds in Oklahoma and Texas.) Nor solely because the death penalty is sometimes wrongly imposed, most recently documented in a study published in the Proceeding of the National Academy of Sciences that concludes 4% of current death row inmates are most likely innocent. The Innocence Project reports that 18 death row inmates have been exonerated by DNA evidence alone.

The underlying problem is that the death penalty illustrates our tendency to separate people into two groups: monsters who commit heinous crimes and everyone else. As our justice system demonstrates in the variety of sentences it imposes, moral culpability spans a wide range, perhaps wider than we think.

If Clayton Lockett deserved to die for shooting Stephanie Neiman and supervising her burial while she was still alive, for example, what about the two guys who dug her grave and listened to her cries for help? Why not sentence them to death as well, rather than merely life in prison?

But let’s go further. What if one of the perpetrators had videotaped this horrific crime – as some criminals do – and posted it on a violent porn site? If a man pays to watch this video, should he be held accountable? A recent Supreme Court decision upheld a federal law that says people who watch child pornography can be held financially liable for the losses of the victim. What about Internet providers who serve as conduits for these videos? And if my cell phone service happens to be serviced by one of these providers, should I be held accountable in some way?

If we take our place in the world seriously and assess our moral agency correctly, we’ll recognize that we’re innocent bystanders less often than we think. We each bear some responsibility, even if small, for the world we inhabit. The curve of moral culpability descends from those who commit crimes, to those who actively enable them, to those who passively allow them, and finally to those who remain willfully ignorant.

Does this mean that I’m responsible for the actions of Clayton Lockett? The answer is no, which is why Lockett was convicted of the crime and I wasn’t. But what if Lockett had had the advantages I had growing up, or I had struggled against the disadvantages Lockett faced? Would our lives have turned out differently? The answer is probably yes.

Out of one hundred people, the Nobel Prize-winning Polish poet Wislawa Szymborska asks in her poem “A Contribution to Statistics,” how many are harmless singly, but savage in crowds? “Half at least,” she says. And how many could be cruel when forced by circumstances? “Better not to know even ballpark figures.”

Even if we’re not forced by circumstances to act badly, sometimes we’re tempted to respond in kind to the evil around us. If this happens, evil has won its hardest battle, which is control of the human heart.

Tom Meagher is an Australian whose wife Jill was raped and murdered 18 months ago by a man named Adrian Bayley. Prior to Bayley’s trial, Meagher says in a post on the White Ribbon Campaign blog, “I had formed an image that this man was not human, that he existed as a singular force of pure evil who somehow emerged from the ether.” By dismissing violent men as psychotic or sociopathic aberrations, Meagher says, we avoid the even more terrifying realization that violent men are socialized by the entrenched sexism and hyper-masculinity that permeates everything, from our daily interactions all the way up to our highest institutions.

In the aftermath of Jill’s murder, Meagher received many online comments that “expressed a wish for Bayley to be raped in prison, presumably at the arbitrary whim of other incarcerated men.” Meagher says, “Putting aside the fact that wishing rape on somebody is the perhaps last thing we do before exiting civilization entirely, there is a point that these avengers may have missed – somebody has to do the raping.”

With justice by vengeance, the punishment being exacted is also the crime being punished. It requires an eye for an eye, or a rape for a rape, or a life for a life. It’s an infinite feedback loop of repaying evil with evil. For this reason, justice by vengeance represents the ultimate triumph of evil, because it succeeds in co-opting the good.

We should uphold our laws justly, punish humanely, and try to ensure that bad behavior isn’t merely the outcome of bad circumstances. In addition, we should continue tearing down the scaffolding of structural violence in our society. Along the way, we can safeguard our own moral character by not being co-opted into repaying evil in kind.

Near the end of her poem, Szymborska says that out of one hundred people, ninety-nine are worthy of compassion, suggesting that some human beings don’t deserve it. Perhaps they deserve to live out their days in prison – either a prison with bars or the prison of their own wickedness.

But they do not deserve to make us like them.

Rev. Dr. Galen Guengerich is senior minister of All Souls Unitarian Church in New York City, a member of the Council on Foreign Relations, and author of God Revised: How Religion Must Evolve in a Scientific Age (2013).

Write to Galen Guengerich at susankbarnett@gmail.com. 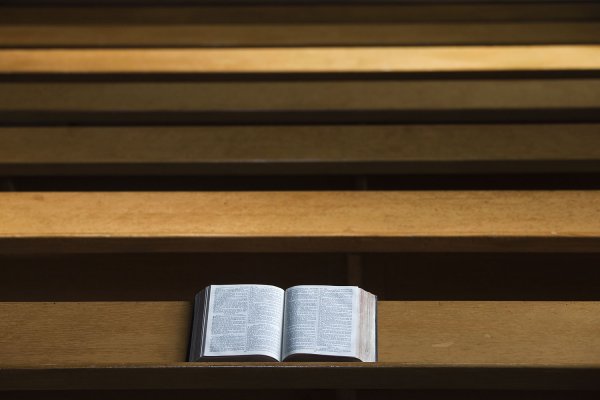