Smoke rises after a bomb blast at a bus terminal in Jos, Nigeria, Tuesday, May 20, 2014.
Stefanos Foundation—AP
By Dan Kedmey

Two car bombs exploded near a crowded market and a bus terminal in the central Nigerian city of Jos on Tuesday, killing at least 118 people according to officials, the Associated Press reports.

No group has claimed responsibility, the BBC reports, though suspicions quickly turned on the militant Islamist group Boko Haram, which has previously targeted the city in an extended campaign of bombings, shootings and abductions, including the April kidnapping of more than 250 schoolgirls.

The bomb blasts could be heard from miles away, AP reports, and images uploaded to Twitter showed plumes of black smoke rising above the city. Witnesses told the BBC that they saw bodies outside of the city hospital that were charred beyond recognition.

Jos, a city of half a million people some 300 miles northeast of the nation’s capital, sits on a sectarian fault line that has previously erupted into violent land disputes between Muslims and Christians, nomads and farmers.

The attack coincides with a parliamentary vote on Tuesday to extend a declared state of emergency in three north-eastern states, Adamawa, Borno and Yobe, the BBC reports. The states comprise strongholds of Boko Haram, in which the government has attempted to find the abducted schoolgirls. 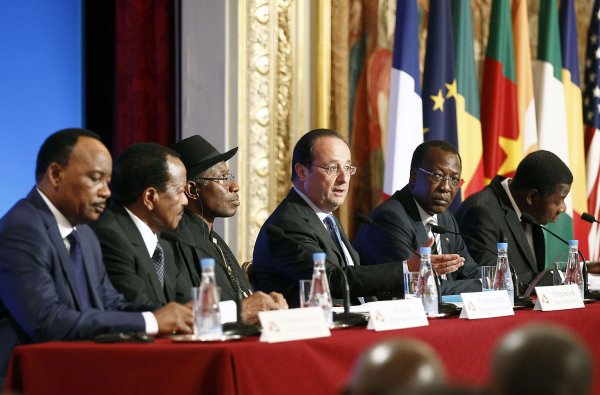