When Facebook announced it would buy virtual reality headset Oculus Rift for $2 billion back in March, it was only a matter of time before America’s most high-tech organizations took note.

But one unlikely candidate is leading the charge: Singing animatronics purveyor Chuck E. Cheese. You know: “Where a kid can be a kid.” Home of the other famous mouse not associated with Disney.

Chuck E. Cheese announced Tuesday that they’ll roll out Oculus Rift at locations in Dallas, and then expand to San Diego and Orlando.

“Kids today have unprecedented access to game consoles and tablets,” CEC Entertainment President Roger Cardinale said in a statement. (CEC owns Chuck E. Cheese. We can guess at what “CEC” stand for.)

“Our challenge is to deliver an experience not available at home, and there is no doubt virtual reality does just that,” Cardinale continued. “Oculus Rift technology is the next frontier in the gaming industry, and we’re thrilled to be able to say it’s part of the Chuck E. Cheese’s lineup.”

The headset will be available at kid parties so that “birthday stars” can play a virtual version of Ticket Blaster.

Here how it will look: 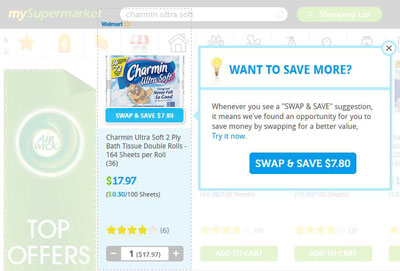 Where to Get the Best Online Grocery Deals
Next Up: Editor's Pick