How to Be Happy: Shaq Shares His Secret

Blended has gotten a lot of attention for reuniting stars Adam Sandler and Drew Barrymore — but that’s not the only dynamic duo the movie (out May 23) brings together. It’s also the third time that legendary basketball/Kazaam star Shaquille O’Neal has appeared in an Adam Sandler movie, and Shaq is in fine form goofing around as Sandler’s co-worker Doug. As O’Neal tells it, he used to jokingly ask Sandler for movie roles when the actor and filmmaker would come to basketball games; Sandler said that he would put O’Neal in a movie when O’Neal won a championship. They both made good on their promises.

O’Neal is in fine form, just in general. Case in point: the MBA- and PhD-holding business impresario was running a few minutes late when we spoke by phone because he had been advising a friend on her new venture, which is a dress that flops when the wearer walks, causing it to look like she’s twerking. When he did get on the phone, the conversation was nothing if not wide-ranging, covering topics as diverse as how to make a good commercial (“I’m like an automatic commercial-creator”) to the NBA’s banning Donald Sterling (“He’s an old mind stuck in his ways and he’s never going to change, that’s just how he feels, but in our game, which is predominantly African-American, we can’t have people running around acting and thinking like that”).

The idea of being “like Mike” may rhyme, but the fact of being like Shaq sure sounds fun — so, here’s how to do it:

How to be happy: “My secret is waking up saying it could be worse. 85% [or so] of all athletes, three to five years after they’re playing, have nothing, no income, no nothing. I could be one of those guys. … Growing up, my parents did a wonderful job of hitting me with the what-if factor. For example, when I scored 40 points they were like, ‘Good game, but what if you twist your knee?’ The crazy thing about my career is I knew I was going to have a career-ending injury. I knew I was going to go out the way I did. I didn’t know what kind of injury but I always knew. I was going to make a move and I was going to be done, I would never play again. But guess what, I’ve got a lot to fall back on.”

How to think about education: “It was ‘I know you’re probably making $100,000,000 but you couldn’t get your bachelor’s,’ so then I did that. The reason I got my master’s was every time I went to a meeting people would look at me as Shaq; they’d think they could overtalk me when it comes to business. So I thought, let me get my master’s of business administration. Then with the doctorate my mother said, ‘We don’t have any PhDs in the family.'”

How to be an actor: “The best piece of advice that I’ve retained over all these years is that acting is facial expressions and deliverance. Am I a real actor? Yes and no. A lot of times I play my own self and a lot of times I’m playing characters that are still myself. All the Adam movies, that’s me. Doing silly moves, that’s all me. It would probably be challenging if I had to do a dramatic role, cry and stuff like that, that would probably be very challenging.”

How he made himself cry for a scene in Blended, given the above: “Adam poked me in the eye.” 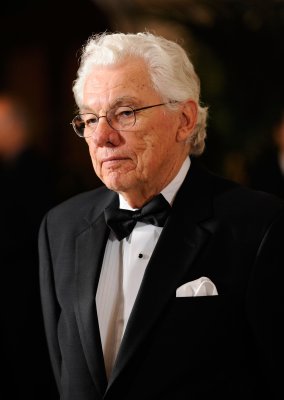 Remembering Gordon Willis, the Cinema's Prince of Darkness
Next Up: Editor's Pick