Microsoft is ready for its third crack at the tablet market. The company today unveiled the Surface Pro 3, its thinnest, lightest and largest device in the line yet.

Billed as “the tablet that can replace your laptop,” the Surface Pro 3 furthers Microsoft’s goal of creating a device that offers the productivity benefits of a PC with the portability and comfort of an iPad. The Pro 3 boasts a 12-inch screen, 1.4 inches larger than the Surface Pro 2’s and 1.3 inches smaller than the size of the smaller MacBook Pro. The device is also lighter than the previous Surface Pro at 1.76 pounds and thinner at 0.36 inches.

“We are not building hardware for hardware’s sake,” Microsoft CEO Satya Nadella said at an event in New York debuting the new device. “We want to build experiences that bring together all the capabilities of our company.”

Microsoft has spent some time attempting to address some of the clumsier aspects of typical laptop-tablet hybrids. The Surface Pro 3’s keyboard cover, for instance, can magnetically attach to the device’s screen to give it a greater level of sturdiness. The company says the keyboard cover’s trackpad is also 68 percent larger than the Surface Pro 2’s. And the device’s kickstand is more flexible, allowing users to place the device’s screen at any angle they choose.

The company spent a lot of time demoing apps that illustrated the Surface’s versatility. The stylus (Microsoft calls it a pen) used on the Surface is a key differentiating factor from the iPad, and Microsoft claims it has eliminated parallax from the Surface Pro 3, the slight pause that often occurs between writing on a touchscreen and the device registering the input. Microsoft corporate vice president Panos Panay demonstrated the speed of the pen on the Surface Pro 3 screen with a New York Times crossword puzzle app, a tablet-friendly version of Adobe Photoshop and scriptwriting software FinalDraft.

Microsoft still faces an uphill battle in the tablet market. Surface sales reached $494 million in the first quarter of 2014, a 50 percent increase year-over-year. But the company loses money on each device it sells, and its business pales in comparison to Apple’s iPad, which had sales of $7.6 billion in the most recent quarter. 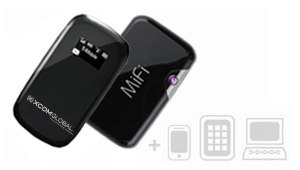 Essential Tech Tips for International Travel
Next Up: Editor's Pick