These Are the Dirtiest Campaign Tricks of the 2014 Elections... So Far

Campaigns are a business for high-minded people willing to do terrible things to promote the public good. The best political operatives are cheerful killers, happy to savage their foes for a few morsels of earned media. Candidates need a thick hide to survive the character assassination that comes with running for office; they know their words will be distorted, their pasts cracked open and rearranged in seamy packaging. This is how the game works, and it isn’t changing.

But every campaign season is marked by a few incidents that are beneath the standard recriminations, so deep in the muck they smell sulfurous. This year has been no different. Here are five of the sleaziest tricks of the 2014 cycle:

5) The taping of Mitch McConnell

As the Senate Republican leader geared up for re-election, a bumbling Democratic super PAC called Progress Kentucky tried to take him down. Activists with the group were accused last spring of surreptitiously taping a campaign strategy meeting from the hallway outside McConnell’s Louisville headquarters. The gambit backfired, leaving the group (which also attacked the ethnicity of McConnell’s Chinese-American wife) in legal trouble and allowing McConnell to play the victim while he was launching a relentlessly negative campaign of his own.

The knives came out for Monica Wehby after the little-known Oregon doctor seized a lead in the GOP Senate primary. First came reports that Wehby, a pediatric neurosurgeon, was linked to a child-abuse case involving a mother accused of harming her children by having them undergo allegedly unnecessary surgeries. Although Wehby performed some of those surgeries, she was not accused of any wrongdoing. Then came word this week that she was accused last year of “stalking” an ex-boyfriend, as well as reports of physical altercations between the doctor and her ex-husband. At least one of these skeletons was excavated by Oregon Democrats, who worry that a Wehby primary win on Tuesday could jeopardize the seat held by Senator Jeff Merkley.

At the 11th hour of a state house race in conservative Cobb County, Ga., a robocall went out this week, allegedly from a gay rights organization. The record touted a phony “endorsement” of one of the candidates, whom the message suggested was gay. The candidate told the Atlanta Journal-Constitution that he is heterosexual.

In March, a Democratic primary for an Illinois House seat in Northwest Chicago got ugly. Voters in the district began receiving mailers alleging that Will Guzzardi, a candidate challenging an incumbent backed by the state’s Democratic machine, favored lax restrictions on sex offenders. The ad’s sordid racial overtones apparently didn’t sit well with the district’s voters; Guzzardi won the primary by under 2,000 votes.

Tea Party conservatives are waging a furious battle to unseat Mississippi Senator Thad Cochran in the state’s Republican primary. At least one of them crossed the line. On May 16, a Mississippi blogger named Clayton Kelly was arrested on suspicion of unlawfully entering a nursing home to photograph Cochran’s bedridden wife, who suffers from dementia. According to the allegations, Kelly then posted an anti-Cochran video featuring the image. Cochran’s camp has raised questions about whether the plot was connected to the campaign of Chris McDaniel, the senator’s opponent in the June 3 primary. 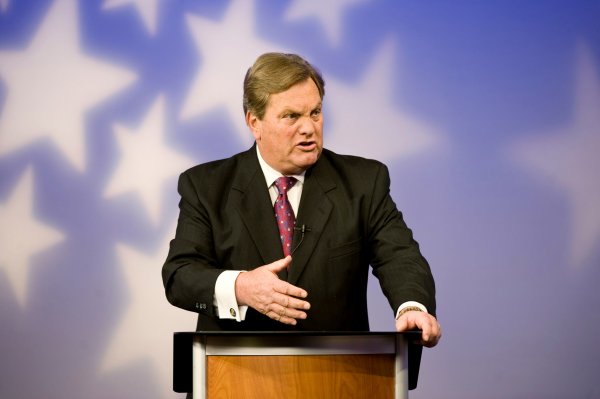 GOP Clips Grassroots in Primary Races
Next Up: Editor's Pick