Out of the darkness comes a voice: “I believe in America.” A tight closeup reveals the speaker, an Italian-born undertaker who tells the story of the sexual assault his daughter endured. The camera slowly pulls back, the only light shining down on the man’s bald head. About halfway through the three-minute shot, the undertaker breaks into quiet sobs, and the receding camera reveals a desk and behind it the hand of a second man, waving to get the undertaker a handkerchief. Finally we cut to Vito Corleone, illuminated by light slicing through venetian blinds as he mulls the form of justice he will order — a decision best made in the dark.

This famous opening scene of The Godfather wouldn’t be half as potent if Gordon Willis, the movie’s cinematographer, hadn’t devised the Rembrandt lighting scheme — or darkening scheme — that excludes all but the essential elements. Even the undertaker’s surname suggests Willis’s gift for working in the shadows: Bonasera. Good night.

Willis, who died Sunday at 82 in North Falmouth, Mass., created many a good night — nocturnal imagery shrouded in threat — across a 30-year career as director of photography. He did some of his best work in the shadows: Deep Throat emerging like a specter in a D.C. parking garage in All the President’s Men, or Woody Allen and Diane Keaton wandering from starlight to sepulchral murk in Manhattan. Fellow D.P. Conrad Hall dubbed him “the Prince of Darkness.”

The label isn’t quite fair. Willis liked to shape a film’s visual structure as a collision of opposites. The dusky intimacy of that first Godfather scene gives way to the Kodachrome brightness and bustle of Connie Corleone’s wedding. Those contrasts built on the work of postwar cinematographers, like film noir master John Alton, who wove a dense poetry of light and shadow. Willis pioneered and perfected what might be called color chiaroscuro — neo-noir.

Born in Queens, N.Y., Willis served in the Air Force’s motion picture unit. He worked on documentaries and TV commercials, graduating to D.P. with Aram Avakian’s 1970 indie End of the Road. A year later, Alan J. Pakula hired him to shoot the eerie thriller. In his next two Pakula films, The Parallax View and All the President’s Men, Willis’s warning shadows set the visual tone for a movie decade when political paranoia was the only sensible response to Government Gone Wild. TIME’s cover story on the Watergate movie praised Willis’s work in making Washington, D.C., “a dark and scary place. Its great public buildings loom up suddenly and oppressively out of the shadows, dominating, seeming to threaten the tiny figures of the ever-hustling newsmen.”

For Francis Ford Coppola, Willis shot all three Godfather films, and made eight films with Woody Allen thatrange across the cinematographic spectrum from warm color (Annie Hall) to Freon chill (Interiors). A few were in nostalgic or oppressive black-and-white. Zelig, about a nobody who shows up everywhere, is a feature-length exercise in proto-photo-shopping. Willis aced the challenge.

The Oscar nominations piled up for Willis films — about 40 in the 1970s alone — yet his crucial contribution was officially ignored, because the West Coast (Hollywood) cinematographers were reluctant to accept his innovations. He received not even a nomination from the American Society of Cinematographers, his own guild, until 1991, for The Godfather Part III.

The A.S.C. finally atoned with a Lifetime Achievement Award in 1995. It took them that long for the Prince of Darkness’s colleague to see the light. Like Bonasera, they should have bowed and kissed the hand of the man who so artfully enriched their craft. 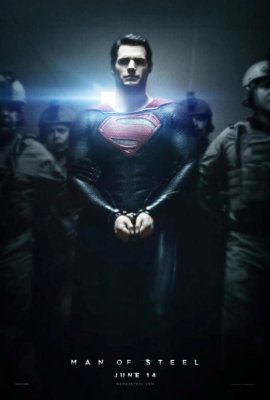 Batman V. Superman: Dawn Of Justice Has Begun Filming
Next Up: Editor's Pick