Minnesota is banning the germ killer triclosan, which is found in many soaps and body washes. Governor Mark Dayton signed the bill on Friday, but the ban won’t take effect until January 2017.

State senator John Marty, who sponsored the bill, said that the impact of the bill — which is the first statewide ban in the nation — would be felt across the board. “While this is an effort to ban triclosan from one of the 50 states, I think it will have a greater impact than that,” he told the Associated Press.

According to the Food and Drug Administration (FDA), triclosan is not known to be harmful to humans, but a growing number of studies suggest that the chemical may cause hormone disruption. The FDA has said it is “engaged in an ongoing scientific and regulatory review,” but that it doesn’t have enough information to recommend that consumers stop using it.

Some consumer products have already begun dropping the chemical, which is in about 75% of all antibacterial soaps sold in America. Procter & Gamble already sells triclosan-free products, including toothpaste, and plans to completely eliminate its use by 2014. 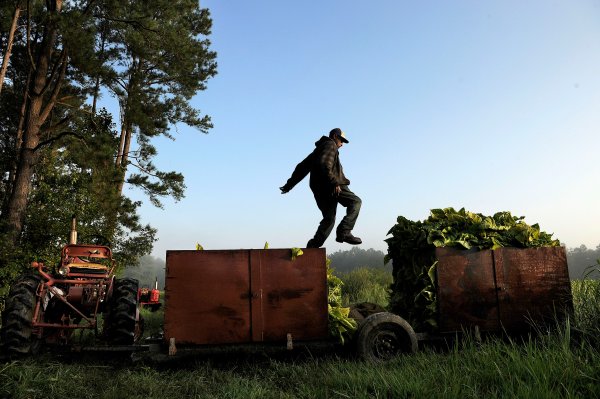 Kids Are Getting Sick Working on U.S. Tobacco Farms
Next Up: Editor's Pick