Idaho's GOP Biker Candidate on Life as a Viral Sensation

Harley Brown says he’s been a candidate for office eight times before in his life, but the former Navy engineer and the current president of the Bombers Motorcycle Club has never gotten the kind of attention he’s received since he participated in Idaho’s GOP gubernatorial debate on May 14.

The debate headliners, sitting governor Butch Otter and Tea Party challenger Russ Fulcher, traded barbs, but the leather-clad Brown’s performance — combined with that of the ancient-looking Bible-thumper and father of 16, Walt Bayes — stole the show. With trademark Brown lines like, “I’m about as politically correct as your proverbial turd in a punch bowl,” video of the event went viral. Since then, Brown has been fielding media appearances and teamed up with a PR consultant and fellow long-shot candidate who identified herself as Lisa Marie. She’s running for Congress in Idaho right now and will soon launch a run for the presidency in 2016, she says, with Brown as her campaign manager.

Before results in Idaho’s gubernatorial GOP primary came in Tuesday night, TIME caught up with Brown by phone on the campaign trail to talk about his prime-time moment, his views on gay marriage and his plans for the future.

How did the debate go last week?

Well, I was surprised it went viral. I never expected that. The way my style is, I tell it from my heart with the bark on. You know, I’m not politically correct. I tell the truth and don’t varnish what I say. Lisa Marie is on me for using some adjectives that would make a sailor blush, so I got to clean up my act that way.

Are you happy with your debate performance?

I am. That was me. That was the unvarnished me, except the gal — you should have seen that little girl — not little girl, but the young lady who was the moderator. Right before it started, man, she read us the riot act like a drill sergeant — looking at all of us but it was directed at me. Then she came on, the sweet little girl with the glasses when the cameras came on. It was funny.

How has your campaign been affected?

Oh, man. You know, I figured that the debate was the Super Bowl of the campaign season, and I afterwards went out on my motorcycle for a nice little ride. Well, I had my cell phone in my breast pocket of my shirt. That thing kept buzzing and buzzing and ringing and ringing and ringing, and I must have had 14 voicemails. Of course, I couldn’t answer it when I’m on the bike. Thank God for Lisa Marie here to help organize all this for me. I’d get a mental hernia trying to figure it all out. Local radio stations. Interstate stuff. New York; Washington, D.C.; Texas; Washington State; L.A.; Hollywood. You name it, man, they’ve all been calling me.

No, I’m not here for the money. God pays for his plans. Where God guides, he provides. And this is something from what God told me long ago, and I’m letting him foot the bill because when I do become President of the United States it’s gonna give tremendous glory to God. I’m a military man. The norms of military service are duty, honor and country. But can you tell me the three R’s of politics? Raises, Revenge and Re-election. Give me the Marine Corps any day.

You differ from the Republican orthodoxy on some significant issues, notably gay marriage.

As a person who has been discriminated against, as a motorcycle guy, I’ve experienced firsthand tremendous discrimination by police forces. It seems like if you’re riding a Harley-Davidson and you’re wearing black leathers, they automatically got you pegged as a bad guy.

And I can empathize with the tremendous, I say again, the tremendous discrimination against gays. Those poor people have been walked on by society, they’ve been called sinners by these self-righteously religiously correct. And I say to those people, the Ten Commandments, and there’s all kinds of stuff in the Bible that God said is a sin. Why do you pick on the gays?

As a taxi driver for 20 years, I’ve picked up my fair share of gay people, and the Bible says “love covereth a multitude of sins.” Those people are just like anybody else; they go out for a good time, they take a taxi home, they pay their fare. In my opinion with them — and I’ve had more exposure to gays than most straight people, I think, with my taxi-driving profession — I don’t want to see ’em discriminated against, and I’m flying my colors and saying leave them alone, and if they want to get married, let them have liberty and justice for all and equal protection under the law. They’re just as American as a Medal of Honor winner.

Any predictions on the upcoming primary results?

I don’t have a clue. Naturally, I’d like to win, but again that’s up to God and the Idaho voters. I’m getting more attention in this election than I’ve ever gotten before, and I’m getting a lot of positive feedback. They recognize me. I pull up at a gas station to fill up my bike and people come up asking for my autograph and photograph with them. I feel like I’m the most famous guy in Idaho right now.

Do you feel like it’s good attention though? Do you sometimes wonder if you’re being laughed at rather than laughed with?

This interview has been edited for space and clarity. 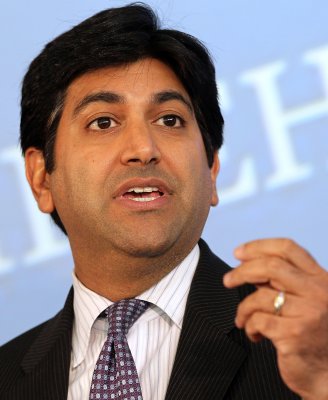