Inside the Scarily Lucrative Business Model of Human Trafficking

Though many people believe slavery to be a thing from the distant past or award-winning movies, new figures out from the International Labor Organization (ILO) suggest that human trafficking—essentially, coercing people to work under unjust, often inhumane, circumstances—is a growth business.

Estimates of just how much the human trafficking business is worth have grown massively since the last ILO report on forced labor almost a decade ago. Back in 2005, the business was estimated at about $44 billion annually. Now, it’s more like $150 billion. This likely reflects a growing awareness of the numbers of people who have been caught up in some sort of bonded labor, rather than actual growth in the business.

ILO’s study suggests that what often pushes people into bonded labor is not a constant level of grinding poverty, but a sudden financial setback. Poor households are much less able to deal with an unexpected misfortune—a lost job, a medical emergency, a hike in the rent or the prices of goods and services.

This setback, which sometimes makes it hard for at-risk populations to even afford food, pushes individuals into borrowing, which sets them up for usurious interest on credit, or pushes them into accepting any work at all to feed their families.

Contrary to a widespread misconception, only a small portion of the trade comprises sex trafficking, though most of trafficking money does come from the sex trade.

“Globally, two-thirds of the profits from forced labour were generated by commercial sexual exploitation,” says the report, “amounting to an estimated $99 billion [U.S. dollars] per year.” There’s also a lot of profit from bonded labor among those who gather food, in either agriculture or fishing industries. Laborers are worth approximately $9 billion a year in profits.

The homefront isn’t a safe haven either. The ILO estimates that “private households that employ domestic workers under conditions of forced labour save about $8 billion [U.S. dollars] annually by not paying or underpaying their workers.”

Since we’re talking about a very informal and mostly illegal trade, numbers are extremely hard to come by. These are not the kind of businesses that create annual reports. The ILO uses a slightly different formula for working out how much each sector is gaining from forced labor. For the agriculture industry, it estimated the difference between the value added by the worker and the wages paid to the workers in that sector, using 2012 Global Database information.

(Under modern parameters, people can be paid while engaged in forced labor. For example, domestic workers are considered to be in forced labor if they’re paid 40% or less of what they should be paid.)

More than half the money from forced labor is made in the Asia Pacific region, says the ILO. India and China have lots of bonded workers, some of who they export to other parts of the world. Much of this trafficking, although not all, is for the sex industry. Some anti-slavery advocates are highly critical of tourists who pay for prostitutes in foreign countries.

“We have a culture that normalizes the sex industry so that it is seen as a benign, ‘victimless’ crime,” says Carol Smolenski of ECPAT-USA, an organization that fights child prostitution. “Even though the life histories of so many of women show them turning to this industry out of desperation, a lack of options or through violence and intimidation by pimps and traffickers.”

But while the big money comes from the Asia Pacific region, more profit is made from each bonded laborer who ends up in wealthier nations.

In developed countries and the EU, coerced workers can be worth almost $35,000 a year to their exploiters. In the Middle East, it’s more like $15,000. Most of this money is made on the back of undereducated or unskilled workers in industries and sectors where demand for labor fluctuates. Apart from the sex industry, agriculture and domestic work, these workers toil in construction, manufacturing and mining.

In general, the likeliest victims of forced labor are poor, unskilled workers who get stuck in a bad situation in a place where the rule of law is a little iffy. But not always. Sometimes highly skilled individuals can be caught up too, particularly if they’re on foreign soil.

In this week’s Time magazine, Shandra Woworuntu, who worked in finance in Indonesia, tells the story of how she was snapped up from the airport and traded from brothel to brothel in a sex trafficking ring in 2001 for several months and finally escaped by jumping from a second story window. What lawless part of the world did this horrific event take place in? Brooklyn, New York. 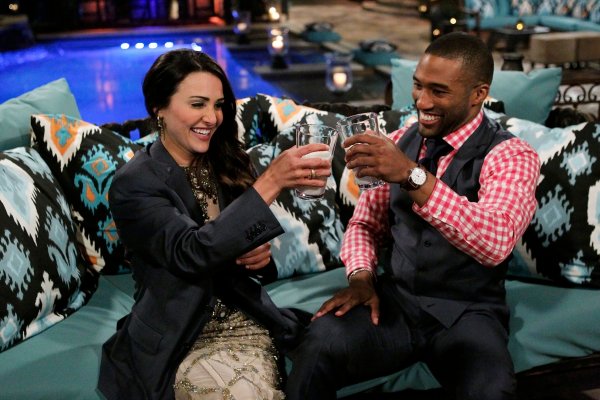 Dating Lessons I Learned From The Bachelorette Season Premiere
Next Up: Editor's Pick