The NBA has charged Donald Sterling, the disgraced owner of the Los Angeles Clippers, with damaging the league’s reputation and has summoned him to appear at a hearing that will determine whether his ownership should be terminated, the league said on Monday.

The NBA set a hearing date for June 3, two days before the start of the NBA Finals, the league said.

Sterling will be able to respond to charges that his racist remarks have damaged the league and harmed relations with just about anyone tangentially related to the league, including fellow owners, players, personnel, fans, merchandisers and government and community leaders.

Minnesota Timberwolves owner Glen Taylor will chair the hearing, after which the owners will vote on whether to uphold the charge. A three-fourths vote will terminate Sterling’s contract, forcing him to sell the team.

Sterling was fined $2.5 million and banned from the NBA for life after the release of a recording in which he is heard telling a female acquaintance to not associate with minorities in public, including basketball legend Magic Johnson. He has reportedly refused to pay the fine and has hired a high-profile antitrust litigator to help defend himself against the charges.

“Mr. Sterling’s actions and positions significantly undermine the NBA’s efforts to promote diversity and inclusion; damage the NBA’s relationship with its fans; harm NBA owners, players and Clippers team personnel; and impair the NBA’s relationship with marketing and merchandising partners, as well as with government and community leaders,” the league said in a statement on Monday. “Mr. Sterling engaged in other misconduct as well, including issuing a false and misleading press statement about this matter.” 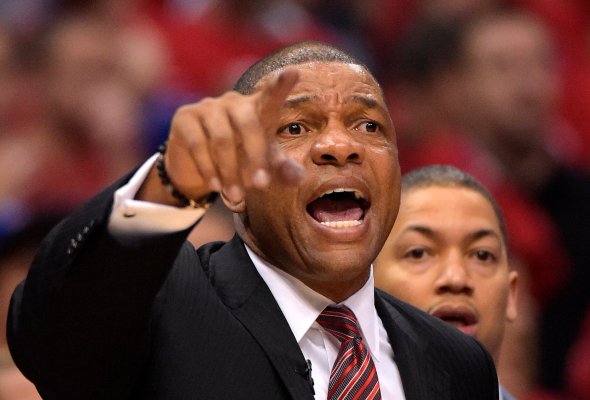 The NBA Fines Doc Rivers For Being Correct
Next Up: Editor's Pick