Millennials Have No Idea Who Bernie Madoff Was

One of my favorite things about graduation season is reflecting on the mindset of young people embarking on their first career. For the 1.6 million Millennials entering the real world this spring, the Cold War has always been over and the Internet has always existed. They have no living memory of when testing positive for HIV was akin to a death sentence.

For them, Sam Kinison and Freddie Mercury have always been dead. Email is too slow; snail mail, unthinkable. Cursive is a forgotten skill. Clint Eastwood is better known as a sensitive movie director than the brutish Dirty Harry. Korean cars have always been ubiquitous on American roads.

It’s easy to lose sight of young peoples’ wholly different context. On a recent trip to Berlin, my first, I expected to see and hear a lot about World War II. But that’s so many wars ago. The fall of the Berlin wall has had much more impact on the views and lives of young people there today. That’s the history they grew up with and like to talk about.

Such reality checks are both entertaining and enlightening—and often inconsequential. There’s no real penalty for preferring text to email, or Bridges of Madison County to Magnum Force. But the same cannot be said of financial context. Understanding it, or not, has consequences and young people may be missing some key points.

In a new poll, more than half of 18-to-29 year olds could not identify the Bernie Madoff investment scam—a defining $65 billion fraud and the largest Ponzi scheme in history. This scandal broke in 2008 and has been in the news repeatedly. Trusting investors lost their life savings and many will never fully recover. Yet in just half a decade young people have largely forgotten the scam and, presumably, the lessons that sprang from it.

Why are financial flashpoints so fleeting in the minds of young people? One answer, certainly, is that they have few assets at risk. They do not feel the pain and can’t empathize. They lack context. That may be why a third of young people who have some exposure to the stock market incorrectly believe the Federal Deposit Insurance Corp. covers mutual fund losses, according to Confirmation.com. That may be why fewer than half of Millennials know what a mortgage broker is, according to a survey from ERA Real Estate. They’ve never bought a house.

But another explanation is that personal finance, including Madoff-style fraud and the basics of buying a home, are not suitably addressed in our educational system. Stock market crashes, inflation, recessions and rip-offs are at least as interesting as James Joyce and venn diagrams, and probably more practical. Their study would provide context that makes a villain like Bernie Madoff less forgettable. 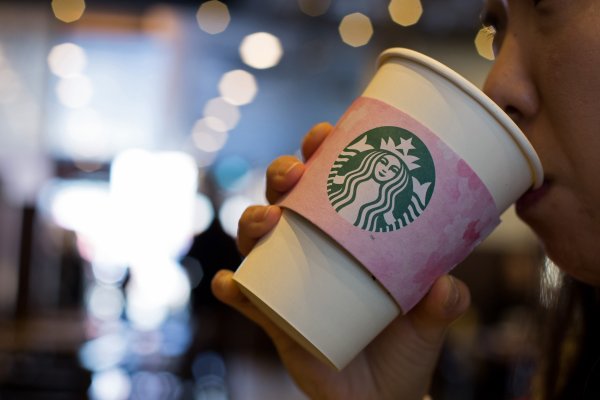 Why Starbucks Could Become Your New Favorite Bank
Next Up: Editor's Pick