M.I.A. has released an uncensored video for the dubstep inspired track “Double Bubble Trouble” off of her 2013 LP Matangi.

The video was released this afternoon, after M.I.A. tweeted: “My label has my video , they havnt uploaded for 4 days > they wont let me upload > whats is the point? smh”

M.I.A. directed the politically-charged video, which is the first video she’s made on her own since the one she directed for Elastica’s “Mad Dog God Dam,” according to Twitter.

She uses her three-plus minutes of screen time to explore the question of living in a world where people can 3-D print guns. “What if you could make weapons like these in your own home using what’s called a three-dimensional printer?” narrates a voice at the top of the video. “This sounds like science fiction, but to some, it’s not so far-fetched.”

The clip mashes up images of mask-wearing gangsters and others wielding guns of their choice, blanketing an important political message under neon effects and a lo-fi feel. Alongside the parrots, monkeys and gun-toting kids, the video includes references to Orwell’s 1984 — although Orwell probably didn’t imagine all the psychedelia and strobe effects.

MORE: Listen to Lizzo Get Tough On “Luv It”: Song Premiere 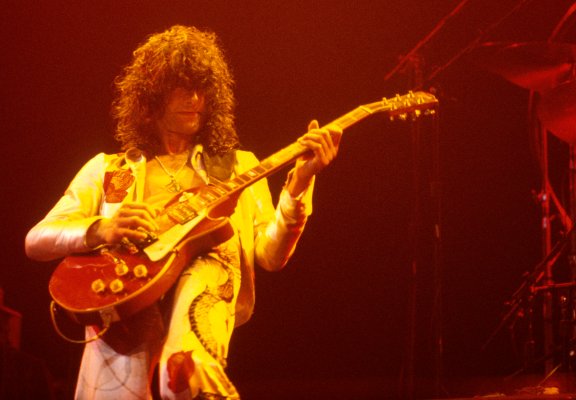 Led Zeppelin May Need to Buy 'Stairway to Heaven'
Next Up: Editor's Pick