House Republicans floated a proposal Monday to give schools the ability to opt out of program championed by First Lady Michelle Obama: healthy lunches.

The House Appropriations Committee’s 2015 agricultural budget proposal would allow cash-strapped schools to receive a temporary waiver from the U.S. Department of Agriculture healthy lunches standards. The standards, which were created following the passage of the Healthy, Hunger-Free Kids Act of 2010, require school lunch programs to ramp up offerings of fruits and vegetables, while placing caps on sodium, trans fats and calories in cafeteria food. The Maryland-based School Nutrition Association, which has asked Congress to allow schools more flexibility under the nutrition standards, says the standards have caused a financial burden for some of the 55,000 school nutrition professionals it represents.

The organization commended the Appropriations Committee’s proposal on Monday, saying the one-year waiver would help “ease the burden on school meal programs.”

“A temporary waiver would ease the burden on school meal programs, preventing more schools from dropping out of the National School Lunch Program altogether,” SNA president Leah Schmidt said in a statement.

About 30 million kids in the U.S. participate in the National School Lunch program daily,which provides free and reduced-cost lunches to needy kids, many of whom consume about half of their daily calories at school. But about 18% of U.S. kids and teens are obese, according to the Centers for Disease Control and Prevention. And while Congress and other groups support addressing childhood obesity by providing healthier food to kids, SNA says the standards have had an undue impact on financially strained schools.

Democrats on the committee have been generally supportive of the standards, and at least one sounded skeptical of the GOP proposal, calling it unnecessary.

“Schools need time to adjust to serving healthier food under the new standards and USDA has put a solid plan into place, which gives them necessary support,” Rep. Rosa DeLauro (D-Conn.) said in a statement. “The vast majority of American schools—over 90 percent—are serving healthier foods, and most of the students the Government Accountability Office spoke with for a recent report indicated they like to eat the healthy food their schools are serving. To not fully support seeing through this improvement in school nutrition would be to abandon our children.”

The vast majority of schools were meeting the standards by 2013, though many faced challenges due to lack of equipment and issues with food cost, according to the Pew Charitable Trusts.

“It’s not easy, but it can be done and it is being done,” said Mark Bishop, the vice president of policy at the Healthy Schools Campaign. “What I don’t want to see is schools take a step back in serving healthy food to children.”

Bishop said he hopes the waiver provision does not make it to the final version of the appropriations bill. The House Appropriations subcommittee on Agriculture will consider the bill on Tuesday. 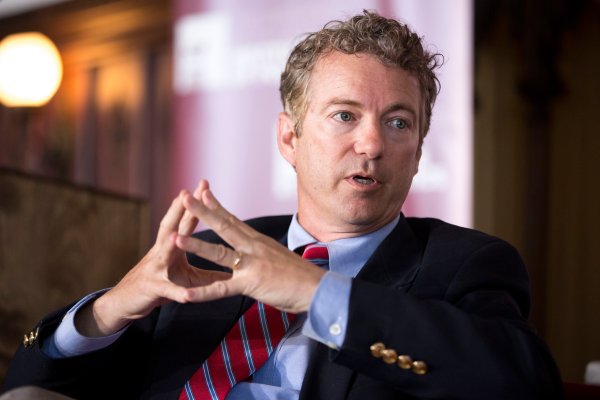