If the Cannes Film Festival had an award for most squirm-inducing production, it would surely go to the producers of a new thriller telling the “real” story of the still-missing Malaysian Airlines jet.

The Vanishing Act: The Untold Story of the Missing Malaysian Plane is the brainchild of Indian film company Rupesh Paul Productions, and purports to tell the hidden story of Flight 370 based on an investigative report that was widely discredited, as the director himself remarked to CNN. “It is definitely controversial,” said Rupesh Paul.

Little more than two months have passed since the Malaysia Airlines jet vanished with 239 people on board, and in that time the film production team has given the film a title, printed 8-page promotional brochures, edited a trailer and, according to Paul, courted interested investors from China and Malaysia.

Paul’s previous productions include the “epic of all epics” Kamasutra 3D and Saint Dracula 3D. 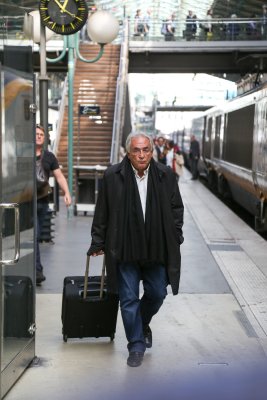 Former IMF Head to Sue Filmmakers
Next Up: Editor's Pick