Led Zeppelin Is Getting Sued Over 'Stairway to Heaven'

You may have never heard of the band Spirit, but Led Zeppelin has.

Not only did they play shows with Zeppelin in 1969, but Spirit has also now sued them for allegedly lifting what may be one of the most famous riffs in rock history — the opening notes of “Stairway to Heaven.”

“It’s been a long time coming,” attorney Francis Alexander Malofiy said in Bloomberg Businessweek. Malofiy is representing a trust for writer Randy California, the deceased Spirit guitarist who wrote “Taurus,” the instrumental track that appeared on the band’s eponymous 1968 debut album and from which the chord progression is allegedly lifted.

Led Zeppelin’s Jimmy Page allegedly wrote “Stairway to Heaven” in 1970, two years after “Taurus” was released and a year after the band shared stages at gigs across the U.S. in 1969. According to the band’s bass player, Spirit always included “Taurus” in their sets. “It was such a pretty moment,” said Mark Andes to Businessweek. “It would typically come after a big forceful number and always got a good response.”

In 1997, California went public with his claims about the origins of “Stairway to Heaven.” “I’d say it was a ripoff,” California said in Listener magazine. “And the guys made millions of bucks on it and never said ‘Thank you,’ never said, ‘Can we pay you some money for it?’ It’s kind of a sore point with me.” However, California and Spirit never sued, even though fans had noted the similarity between the songs for years. “Nobody had any money, and they thought the statute of limitations was done,” Mick Skidmore, who manages California’s trust, explained to Businessweek.

Now, as Led Zeppelin prepares to release remastered deluxe versions of their original albums, including “Stairway to Heaven,” California’s trust is finally springing to action with a copyright-infringement suit and an injunction that would block Led Zeppelin IV’s reissue.

“The idea behind this is to make sure that Randy California is given a writing credit on ‘Stairway to Heaven,'” Malofiy said. They are most likely seeking monetary reparations as well. Businessweek quotes an estimate that by 2008, “Stairway to Heaven” had earned at least $562 million.

Led Zeppelin and Warner Music had no comment on the story.

Take a listen and judge for yourself: 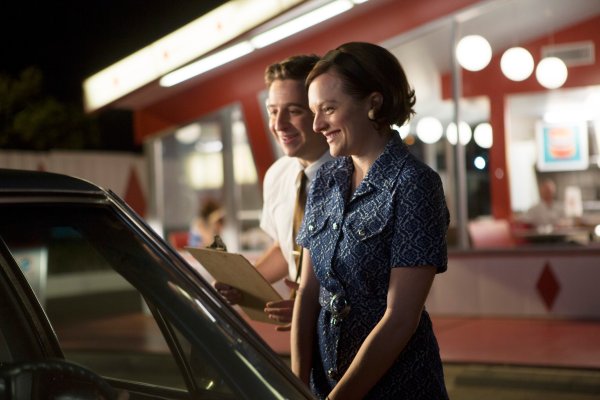 Mad Men: A Brief History of the Real-World Burger Chef
Next Up: Editor's Pick