What Do All These Female Disney Villains Have in Common?

Hell hath no fury like a female Disney villain scorned. On May 30, Angelina Jolie will turn into a fire-breathing dragon to punish the court that didn’t invite her to Princess Aurora’s christening in Maleficent. Seems like an overreaction to being socially snubbed? Not in the land of Disney where attempting to murder someone over not getting an invite is the norm.

That’s right. All that drama with Ariel’s voice and Cinderella’s shoe and Aurora’s long nap could have been avoided had someone just extended Ursula, Lady Tremaine and Maleficent a little hospitality and social grace. While male villains get to scheme and murder in an attempt to become king (Scar, Jafar, Hades), to win a woman’s heart (Gaston) or to avenge the loss of their hand (Captain Hook), women villains go ballistic because of social anxieties.

Though this may seem sexist — okay, it is actually sexist — there is a kernel of truth in what motivates a bad guy versus a bad gal. Studies in cortisol production (the stress hormone) have shown that men become more stressed over achievement, whereas women tend to become more stressed over social rejection. Take that social stress to its greatest extreme, and you’ve got a Disney villainness. Here are some prime examples:

We first meet Ursula as she watches Ariel heading to a party and bemoans the fact that she’s no longer invited to such events. She’ll show them for snubbing her!

When Cinderella’s step mom and sisters think Cinderella will attend the royal ball (and outshine them), they tear her dress to bits and pieces. To be fair, Lady Tremaine and her two daughters were invited to the party, they just might as well not have been. Prince Charming completely ignores them in favor of Cinderella. So the effect of social rejection ends up being the same.

We will presumably learn more about the ill-will between Maleficent and King Stephan (Aurora’s father) in Maleficent this weekend. But in the 1959 Disney cartoon, Maleficent curses Aurora after not being invited to her christening.

And it’s not just these ladies. All Disney villainesses turn bad for vain reasons: the Evil Queen in Snow White can’t stand that she’s no longer the “fairest one of all”; Cruella De Vil in 101 Dalmatians wants to make herself a fur coat; the Red Queen is jealous of her sister the White Queen’s benevolence and beauty in the 2010 version of Alice and Wonderland; and mother Gothel kidnaps Rapunzel in Tangled because she wants to stay youthful and Rapunzel’s hair has magical properties.

Luckily, Disney may finally have realized that more motivates women than parties and beauty: Elsa from Frozen was originally supposed to be an antagonist but was rewritten to be more sympathetic. 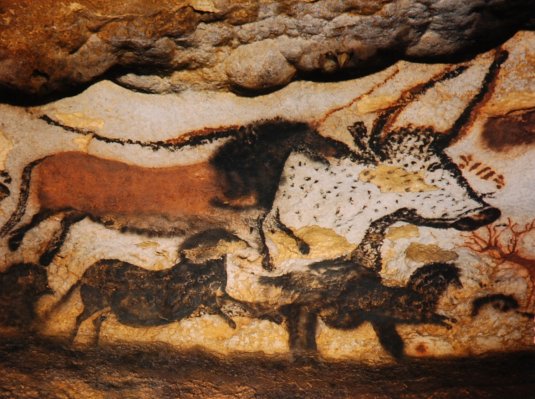 LIFE at Lascaux: First Color Photos From Another World
Next Up: Editor's Pick