Mitch McConnell speaks to a gathering of supporters Saturday, May 17, 2014, at the Tanglewood Farms Restaurant in Franklin, Ky.
Timothy D. Easley--AP
By Jay Newton-Small

It is a testament to Senate Minority leader Mitch McConnell’s dogged preparedness that he is poised to blow out his primary in Kentucky on Tuesday.

McConnell’s victory was not always as much of a sure thing. Businessman Matt Bevin was the first serious primary challenger McConnell has drawn in five reelection campaigns. Bevin raised $3.7 million, nearly $1 million of it in his own money, enough to buy a healthy amount of broadcast advertising in the Bluegrass State and to fund a plane to crisscross Kentucky in the final days of campaigning.

But the Tea Party darling never really gained traction, consistently trailing McConnell in the polls by more than 25 percentage points. This was partly due to McConnell’s careful trek right on key positions, the hiring of Rand Paul’s campaign manager Jesse Benton to court the Tea Party crowd and the methodical opposition research on Bevin and his allies.

“Bevin was not to be taken lightly as a Tea Party primary foe, and McConnell didn’t,” says Larry Sabato, head of the University of Virginia’s Center for Politics. “After nearly 30 years in the Senate, McConnell has built up critics even among some GOP base voters in Kentucky, and his favorability ratings are just so-so. But his aggressive, full-on campaign, combined with Bevin’s inexperience and errors, should deliver a strong primary result for the incumbent.”

McConnell effectively painted Bevin as a flip flopper who once supported bank bailouts and lied about his resume. (Bevin once claimed on his LinkedIn page to have graduated from MIT but the school denied he was ever enrolled). McConnell also targeted outside groups that had the audacity to support Bevin, making it clear those groups would have a hard time finding work in Washington and in other races should they continue to support rifts within the Republican Party. “Some Washington- and Los Angeles-based groups have spent millions in total propping up a candidate who it appears had little actual grassroots momentum in Kentucky,” says Brad Dayspring, a spokesman for the National Senatorial Campaign Committee, which works to elect Republicans to the Senate.

Indeed, McConnell spent more than $12 million on his primary not so much to beat Bevin, but to unite his fractured party both nationally and in Kentucky and to test-drive his campaign apparatus ahead of what will be a bruising general election. McConnell enters the general election essentially tied in polls with his likely Democratic opponent, Kentucky Secretary of State Alison Lundergan Grimes, a 35-year-old relative political ingénue who makes 72-year-old McConnell look, well, old. “Over $4 million of negative ads have already been aired against Alison and she has only just gone up on the air, yet she remains popular and in a strong position with lots of room to grow,” says Matt Canter, a spokesman for the Democratic Senatorial Campaign Committee, which works to elect Democrats to the Senate. “Alison is a great candidate and we are in a terrific position to win.”

A test-drive was a wise move given the McConnell campaign’s gaffe-filled roll out. Early on, Benton was caught on tape saying he was “holding his nose” working for McConnell. The leader also had a series of television ad flubs. Some stock footage of the senator and his wife uploaded on YouTube ended up the brunt of late night comedians. And another ad accidentally featured footage of basketball rival Duke instead of the University of Kentucky’s team.

Still, “McConnell managed to stay a step ahead of his opponent,” says Jennifer Duffy, who tracks Senate races for the non-partisan Cook Political Report. “The primary hasn’t damaged McConnell the way Democrats hoped. In fact, it might have put him in a stronger position.” Given that this race is poised to be the most expensive in Senate history—with more than $100 million pouring into the state—McConnell is taking nothing for granted in what has become the political fight of his career. 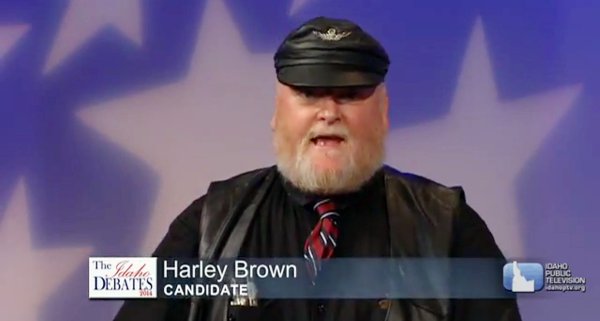 The Best Gay Marriage Debate You'll See All Year
Next Up: Editor's Pick