A 22-year-old woman who failed to mention to her parents that she’d dropped out of Quinnipiac University did what many of us would do: she panicked. Then, she called in two bomb threats Sunday to try and cancel the university’s commencement ceremonies, the Associated Press reports.

Danielle Shea had not been attending the school all year, but her mother had been sending her thousands of dollars to fund her education. About 20 minutes before the ceremony was scheduled to begin, police say Shea called the university’s public safety department to report a “bomb in the library.” Then she called again to say, “Several bombs are on campus,” adding, “You haven’t cleared out graduation. That’s not a good idea.”

Police soon managed to trace the calls back to Shea, who has been charged with first degree threatening and falsely reporting an incident. She is being held on $20,000 bond and is scheduled for a May 30 court appearance.

The university’s College of Arts and Sciences commencement ceremony was delayed for an hour and a half as a result of the bomb threats.

Further proof that honesty — not bomb threats — is the best policy. 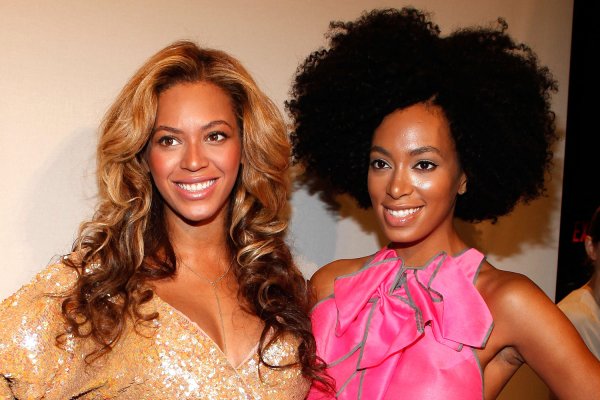 Beyoncé, Solange and Jay Z Desperate to Convince Us Things Are Back to Normal
Next Up: Editor's Pick