“The range of trade secrets and other sensitive business information stolen in this case is significant and demands and aggressive response,” Attorney General Eric Holder said in announcing the charges, which were brought by a federal grand jury in Pennsylvania.

“In some cases, they stole trade secrets that would have been particularly beneficial to Chinese companies at the time they were stolen,” Holder said. “In others, they stole sensitive, internal communications that would provide a competitor, or adversary in litigation, with insight into the strategy and vulnerabilities of the American entity. In sum, the alleged hacking appears to have been conducted for no reason other than to advantage state-owned companies and other interests in China, at the expense of businesses here in the United States.”

Economic espionage out of China has been broad and sustained for over a decade, targeting everything from retail enterprises to defense contractors. Both private actors and state entities, like the People’s Liberation Army, have reportedly been behind the attacks. Taken together, cybercrime originating in China has been described by Western experts as the largest theft in human history.

“This is a tactic that the U.S. government categorically denounces,” Holder said. “As President Obama has said on numerous occasions, we do not collect intelligence to provide a competitive advantage to U.S. companies, or U.S. commercial sectors.”

China’s foreign ministry issued a statement in response calling the allegations “made up,” the BBC reports. The decision to charge military officers would “damage Sino-American cooperation and mutual trust,” spokesman Qin Gang said. “China is a staunch defender of network security, and the Chinese government, military and associated personnel have never engaged in online theft of trade secrets,” he said.

The charges against the Chinese government officials come as the Justice Department prepares to announce details of an ongoing global crackdown in a separate case against private hackers using the “Blackshades” computer program for malware attacks in more than a dozen countries in North America, Europe, Asia and Australia. Dozens of suspects have been arrested in busts coordinated by the FBI with law enforcement agencies around the world. The Justice Department continues to seek suspects in the case in the United States. 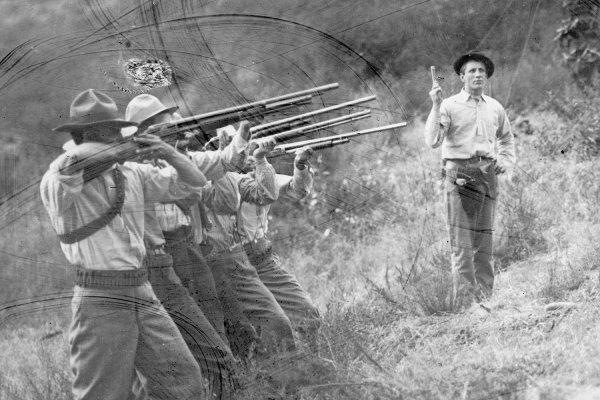 Utah Lawmaker Plans to Bring Back Firing Squad
Next Up: Editor's Pick