Lt. Gen. Hussein Ishaq, head of Syria’s Air Defense, was one of the few senior military officers to be killed in more than three years of fighting. The loss has little strategic impact, as Syria’s air defenses have not played a large role in a war against ground-based rebels equipped with few anti-aircraft weapons and no air assets. Still, the fact that the armed opposition was able to penetrate a well-defended base was a potent reminder that the fighting continues just outside the capital’s security bubble, despite many Syrians’ assertion that the war is in its waning days.

Ishaq’s death comes just three weeks before Syria’s presidential elections are set to take place. Assad, who has already held two seven-year terms based on national referendums, will be running opposed for the first time. He has built his campaign on a promise of military victory and quick reconstruction. The raid, along with Ishaq’s death, is unlikely to affect an election stacked in Assad’s favor, but it does put in doubt the government’s pledge to secure Damascus and its suburbs before the end of the year. The south and eastern suburbs of Damascus have been a source of regular mortar attacks on the capital for nearly two years; on Wednesday night a mortar round landed on a house near the center of the city, severely wounding two people.

For Damascus residents, the ongoing mortar barrage is justification for the government’s continued shelling of the rebellious suburbs, even when civilians are caught in the crossfire. The death of a senior commander who had little to do with the fight against the armed opposition is likely to cement the perception among Assad loyalists that the rebels deserve no mercy, making a violent war even deadlier yet. 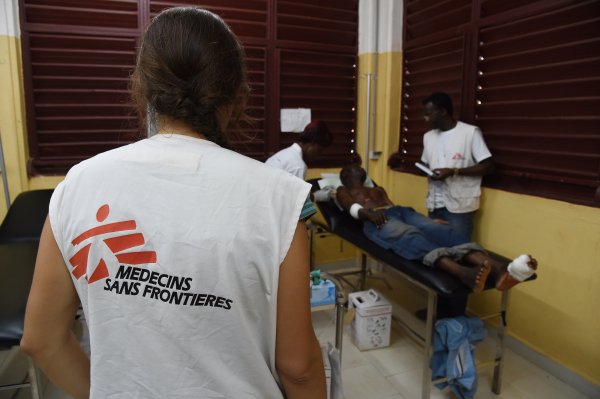 Abducted Relief Workers Released in Syria
Next Up: Editor's Pick