People Are Already Scrambling to Get Their Past Scrubbed From Google

Just three days after the European Union’s high court ruled that citizens have the “right to be forgotten” from search engine results, Europeans are already lining up to get unsavory bits of their history scrubbed from Google’s servers. The tech giant is scrambling to come up with a mechanism to handle the flood of requests and could face new financial costs because of the ruling.

More than 500 million people across 28 European countries now have the legal right to demand that Google remove from its search results links that they believe are no longer timely or relevant, even if the facts contained in said links are true. Already a former politician who wants to run again has requested that Google remove articles about his past time in office, according to a person familiar with the matter. Other requests have come from a university lecturer who wants to scrub articles about his job suspension and a man convicted of owning child pornography who wants to remove articles about the conviction, the person familiar said.

It’s not yet clear whether Google has complied with these or any other takedown requests.

“The ruling has significant implications for how we handle takedown requests,” a Google spokesperson said in an email. “This is logistically complicated – not least because of the many languages involved and the need for careful review. As soon as we have thought through exactly how this will work, which may take several weeks, we will let our users know.” He declined to say how many takedown requests Google has received, but a German regulator told the New York Times that such requests in Germany had increased tenfold since the ruling.

The tech giant is still reeling from the surprise judgment by the European Union’s Court of Justice, which ruled in favor of a Spanish lawyer who had been demanding Google to remove links to an article about debts he owed in the 1990’s. The ruling, centered on the idea that old web pages would fall out of public knowledge if not for Google’s ability to quickly scour the entire Web, vastly broadens the scope of a 1995 directive that grants Europeans extensive protections for their personal data. If Google refuses to comply with a citizen’s takedown demand, that person can have a judge or arbiter decide on the validity of the case. Google could potentially face significant costs litigating to keep old links in its search database and implementing a system that allows it to comb through thousands of takedown requests. Yahoo search and Microsoft’s Bing will also be affected.

Because of First Amendment protections of free speech and Google’s large political clout, experts believe it is highly unlikely that the “right to be forgotten” will ever be adopted as law in the United States. 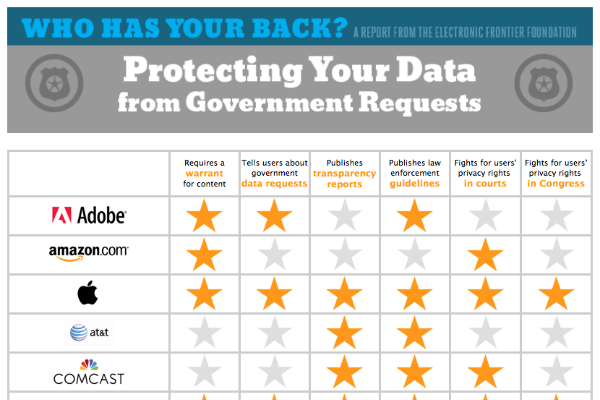 Why Major Tech Companies Are Getting Much Better About Privacy
Next Up: Editor's Pick