A New Conservative Manifesto Is Born

Republican U.S. Sen. Ted Cruz of Texas addresses a crowd during a rally at the Western Republican Leadership Conference on April 25, 2014, in Sandy, Utah.
Rick Bowmer—AP
By Zeke J Miller

Conservative Republicans gathered privately outside of Washington Thursday to plot their response to an all-out assault from the party’s establishment.

As reported by the Washington Post’s Robert Costa, the gathering at the Ritz Carlton in Tysons Corner, Va. was organized by former Attorney General Edwin Meese III and former Rep. David McIntosh under the auspices of the Conservative Action Project. Attendees included a who’s-who of the conservative movement, from Sen. Ted Cruz to the Family Research Council’s Tony Perkins.

Attendees agreed on a nine-page document outlining the “constitutional conservative” principles for which they believe the Republican Party needs to stand, including lower taxes, a stronger military and opposition to abortion and same-sex marriage.

The document, developed off a similar declaration adopted before the 2010 tea party wave, calls for congressional rules requiring balanced budgets, passing legislation to end bank subsidies and “permanent bank bailouts,” and for cutting taxes and regulations. Other proposals include repealing and replacing Obamacare, enhancing protections for those who oppose same-sex marriage, ending “efforts to stop public prayer” and shutting down the Export-Import Bank.

The meeting and manifesto come as establishment-backed Republicans have gone on to win contested primaries against more conservative opponents across the country, helped by investments from groups like the Chamber of Commerce and American Crossroads. The business wing of the party believes that flawed and overly conservative candidates cost the party seats in Congress in 2012 and 2010.

Conservatives hope that the document will serve as a guide for the party going into this fall’s midterm elections and the 2016 presidential race.

Read the full document below: 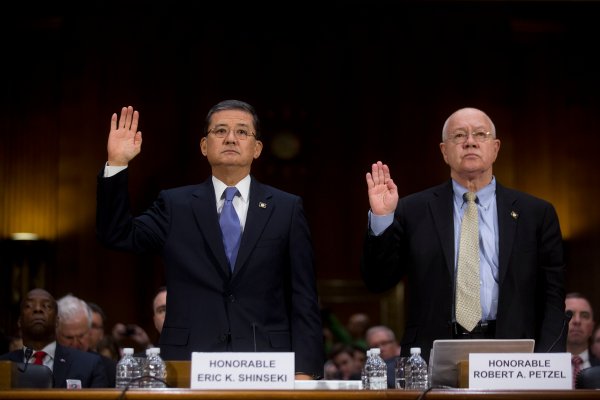