Australia Is Melting Under a Horrifying Heatwave

Australians are used to heat. But not like this.

Adelaide was the hottest city in the world on Thursday as temperatures there peaked at 44.2°C. Authorities scheduled blackouts to prevent a meltdown of a power grid strained by energy-hungry air conditioners for the fourth consecutive day, and one Twitter user posted a image of a 51.5°C thermometer reading from the dashboard of her car.

In the island state of Tasmania, tar is melting on the roads. In Melbourne, Victoria, play at the Australian Open tennis championship was halted as the mercury headed towards 43.4°C. A ball boy and a player collapsed and water bottles melted on court.

“Ours is the sort of business you can use to track temperature and sales of frozen yoghurt are probably triple what they were during the peak pre-Christmas period,” says Dean Jones, owner a fro-yo store in Eastland Shopping Centre, where thousands of Melbournites are seeking sanctuary from the heat. “We’ve already had a power outages,” adds Jones. “The lights are flickering on and off because they’re so hot.”

Beyond the discomforts and inconveniences of Australia’s latest extreme weather event is the promise that vast swathes of bushland – and the homes, towns and farms of the people who live there – will go up in flames. The last time a heatwave of this magnitude struck Australia’s southeast, it preempted Black Saturday — the 2009 megafire that razed more than 2,000 homes and killed 173 people, making it the worst natural disaster in the nation’s history. Tens of thousands of firefighters have been put on standby and were bracing for hellish conditions Friday as high winds and lightning strikes combined with the searing heat to create extreme wildfire conditions.

“These next four days promise to be among the most significant that we have faced in Victoria since Black Saturday,” acting state Premier Peter Ryan told reporters earlier this week.

That promise is already making good. A massive 13,000 hectare blaze that has already claimed a life charged towards three towns in the Gippsland area east of Melbourne Friday morning, and dozens more fires are burning not just in Victoria but across South Australia and New South Wales.

Even without fire, the heat can be deadly, especially for elderly Australians. Heatwaves are the most significant medical emergency in Australia’s southeast, thought to be responsible for the annual deaths of more than 1,000 people aged 65 and over. The heatwave that preempted Black Saturday claimed 374 lives — more than double the number who perished from the smoke or flames.

All this hot air begs a question: is global warming at fault?

“There are a bunch of factors that cause heatwaves,” Professor Mick Raupach, director of the Australian National University’s Climate Change Institute, tells TIME. “ “But what climate change does is build up extra energy in the atmosphere that load the dice and puts the weather on steroids, so heatwaves become longer, hotter and more widespread. They are going up in all three important metrics.”

Things could heat up much more in Australia’s southeast unless significant reductions in the emissions of heat-trapping gases take place in the immediate future.

“If the trend in global warming continues, we’re going to see average global temperatures increasing by 4°C to 5°C by the turn of the century,” says Dr Sarah Perkins, a research fellow at the University of New South Wales currently working with the Climate Council on a heatwave report. “The changes we are seeing now coincide with an increase in average global temperatures of 1°C. So it’s quite scary to think what would happen with a 5°C increase.

“If we don’t change our ways, heatwaves in Australia won’t be considered events,” she says. “They’ll be normal.” 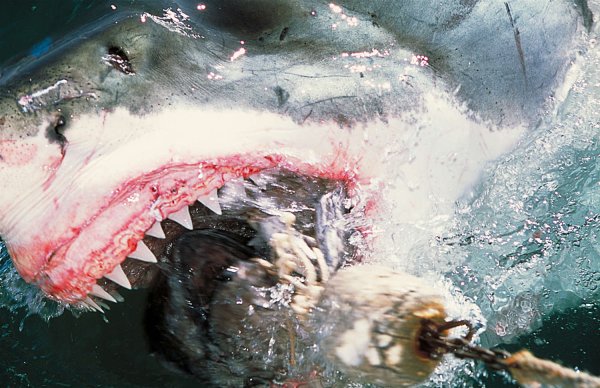 How to Stop Shark Attacks in Australia
Next Up: Editor's Pick