The secret lies in making it crystal clear how much they’ll save in gas costs over the long haul.

In every car dealership, a new vehicle for sale is required to have an EPA car label slapped on the window. The labels are loaded with numbers and ratings and have a dozen different features, including the estimated fuel economy (with city and highway breakdowns), the estimated annual fuel cost for operating the car, a fuel economy and greenhouse gas rating, a smog rating, and a smartphone QR code that can be scanned for additional information.

But a new study by Duke University researchers makes the case that one critical bit of information is missing from the labels. The labels today show how many gallons of gasoline a vehicle uses over the course of 100 miles of driving, and they also provide an estimate for annual fuel costs, based on a rate of $3.70 per gallon and 15,000 miles of driving per year. Researchers say it would be helpful—for consumers and the environment alike—to do some more math for potential buyers and show how much owners can expect to spend on gas for the long haul. Like, say, 100,000 miles.

Both scenarios are essentially the same: The upfront costs and fuel economy in Car A and Car B are the same in both scenarios. But guess which scenario resulted in way more consumers choosing Car B, the more fuel-efficient and cost-effective option? Yep, the second hypothetical, which did the long-term math for consumers and demonstrated that an owner would save $1,000 over the course of 100,000 miles by choosing Car B over Car A.

In fact, in the many scenarios presented—including several instances when the vehicle with better mileage didn’t pay for itself in gas savings—would-be buyers were most likely to select the more fuel-efficient vehicle when the costs were shown over the course of 100,000 miles. That doesn’t mean that the average consumer would actually buy a fuel-efficient vehicle if it didn’t make financial sense.

“People are very sensitive if the vehicle paid for itself or not,” Adrian Camilleri, one of the study’s authors, said in a phone interview. “People don’t like cars that don’t pay for themselves. But they show the greatest interest in more fuel-efficient cars when they’re shown the gas costs over 100,000 miles.”

What may come as somewhat of a surprise is that showing consumers gas costs over 100,000 miles significantly increased the odds of someone choosing the car with better mileage even when the choice didn’t result in an overall cost savings. “What we found is that many people want to buy more fuel-efficient cars when they’re close to paying for themselves,” said Rick Larrick, a Duke management professor and one of the authors of the study, published in the spring issue of the Journal of Public Policy & Marketing. “That’s when their sense of environmentalism kicks in. They might not be willing to pay a large premium, but they realize how close the difference gets when they see gas costs over 100,000 miles.”

Larrick said that consumers may also do a little more math for themselves and see that if they drive the car well over that marker—the life of many cars nowadays extends well over 200,000 miles nowadays, after all—that the vehicle with better mileage will, in fact, make more sense financially.

As for the EPA stickers, Larrick thinks that instead of adding the estimated gas costs over 100,000 miles to the already clogged label, it would be best to substitute it in there for one or more of the other fuel cost data points. “They already have the annual fuel costs and the amount drivers would save over five years compared to the average vehicle, which is pretty redundant,” said Larrick. “There’s a way to simplify this. The cost over 100,000 miles is just a more important metric.” 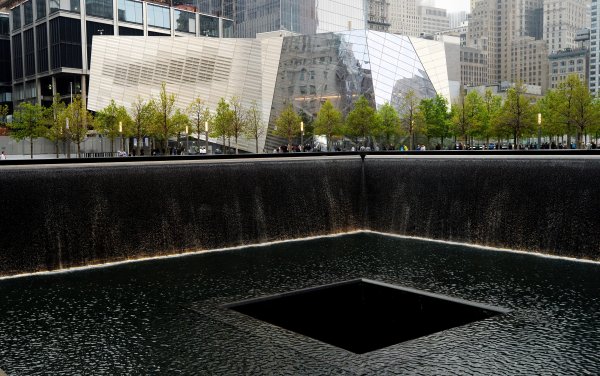 9/11 Memorial Timelapse Shows a Decade of Recovery in 2 Minutes
Next Up: Editor's Pick