A woman bundles up against the cold on the afternoon of Jan. 8, 2014 in New York City.
Andrew Burton / Getty Images
By Nate Rawlings

After three days of record-setting cold weather, the so-called Polar Vortex began to move away from the United States and toward Canada Wednesday, allowing much of the U.S. to start thawing out Thursday.

Temperatures across much of the country will return to more normal winter ranges on Thursday, remaining below freezing in many places but a far cry from the sub-zero temperatures that closed schools and cancelled thousands of flights. After two days of temperatures in the single digits or even negative territory, the forecast for the northeast calls for temperatures in the 40s by the weekend.

The thaw is a welcome reprieve from winter weather that shattered records and caused problems in many states. Minnesota’s Twin Cities, Minneapolis and St. Paul, spent 62 consecutive hours below zero, according to the Weather Channel. Chicago was in a sub-zero freeze for 37 hours, including 29 hours with temperatures in the negative double-digits. More than 7,000 flights were canceled on Monday and Tuesday as ground crews dealt with sluggish fuel lines and de-icing solution that froze. On Tuesday, all 50 states had temperatures below freezing, including Hawaii, where the top of the Mauna Kea volcano reached 25 degrees.

According to counts by NBC News and the Weather Channel, the bitter cold has been blamed for at least 17 deaths across the country. 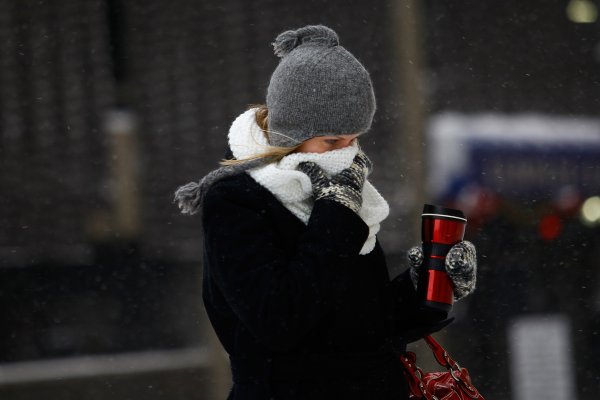 What Wind Chill Temperatures Mean (Aside From the Fact That It's Really Cold)
Next Up: Editor's Pick