Five Things You Need To Know About India's Next Prime Minister

Modi, 63, began his life in Gujarat as the son of a tea-seller. He started working at an early age, hawking chai—tea—at the Ahmedabad railway station and a bus terminus with his brother. It was as a tribute to these humble beginnings that the BJP came up with the innovative “Chai Pe Charcha” campaign (A Chat Over Tea), where Modi interacted with potential voters at tea stalls around the country using video, internet and mobile links. Modi’s campaign also made extensive use of social media to whip up support. In another eye-catching move, Modi held simultaneous campaign rallies using technology that beamed his holographic image to gatherings across India.

Dubbed one of India’s most eligible bachelors for years, it was only recently that Modi publicly acknowledged he was married to a retired school teacher, Jashodaben Chimanlal, who still lives in Gujarat. They were wed at 17, but Modi soon left her to pursue a life devoted to religion and politics. (The two are still legally married.) Shortly after, he became a pracharak, or activist, for the right wing Hindu group Rashtriya Swayamsevak Sangh (RSS). At 36, he was assigned to the BJP, which has close links to the RSS, and rose through the party’s state ranks to become his home state’s chief minister in 2001. In 2012, he won his fourth term, becoming the state’s longest serving leader.

No Stranger to Controversy

Not so long ago, the prospect of a Modi-led government would have seemed a remote possibility to many, especially in the then-Congress bastion of New Delhi. Shortly after he took office as chief minister, bloody sectarian riots broke out in Gujarat in 2002, in which more than 1000 people, mostly Muslims, were killed. Modi’s critics blamed his administration for not doing enough to stop the anti-Muslim wave of violence as it unfolded; some alleged that he had a role in inciting it. Modi has always strongly denied any wrongdoing or involvement in the tragedy, and Indian courts have cleared him of the same. But the controversy has followed him. The BJP heralded today’s results as a victory over caste- and religion-centric politics, but many Muslims both in and outside Gujarat continue to harbor deep apprehensions about Modi’s leadership.

India Inc Has High Hopes for Him

One of the central themes of Modi’s successful campaign was his pledge to get India’s flagging economy back on the high-growth path of yesteryear. In Gujarat, Modi has successfully attracted major companies like Ford, Nestle and Colgate by setting up a suite of business-friendly practices, including streamlining India’s notorious bureaucracy and giving businesses easy access to officials and land. Those policies — and Modi’s famously decisive leadership style — have earned him the support of some of India’s biggest companies who are counting on him to restore the shine to India. (Voters, too, are hoping he can tackle other pressing issues like rising food prices.) As soon as early results began to trickle in on Friday morning, the BSE Sensex shot up and the Indian Rupee strengthened, though analysts cautioned that the tangible economic impact of a Modi government will take time to materialize.

A Relative Newcomer to Delhi

Another refrain among early doubters of Modi’s meteoric rise to the PM’s seat was the fact that India’s leaders have typically cut their teeth in the political circles of the country’s capital, New Delhi, not in state-level politics. Observers say this election may signal a major change in the way the Indians are voting, away from the dynastic politics of the Congress Party and toward a populist figure who has not spent his career in India’s capital. It also raises questions of how Modi will build political foundations in India’s schmoozey capital city. Will the same commanding leadership style that makes him a hit amongst businessmen fly amongst his parliamentary colleagues? 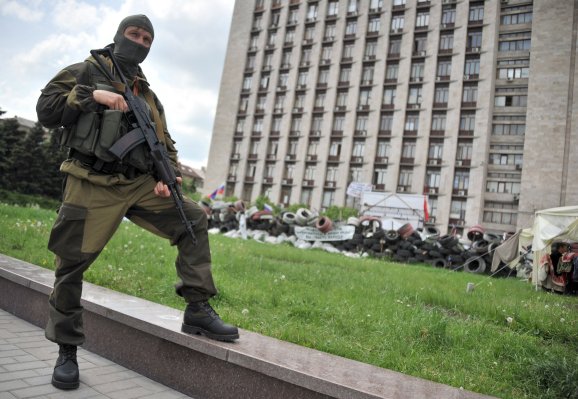 Inside The Self-Proclaimed 'People's Republic of Donetsk'
Next Up: Editor's Pick