Rand Paul To Grab Spotlight Again With Another Filibuster On Drones

Sen. Rand Paul, R-Ky., speaks during an event at the University of Chicago's Ida Noyes Hall in Chicago on April 22, 2014.
Andrew Nelles—AP
By Massimo Calabresi

Rand Paul returns to the national stage next week to reprise his most famous performance, filibustering a presidential nominee in a fight over the extrajudicial killing of American terrorists.

Paul announced Thursday evening that he would filibuster the nomination of Harvard professor David Barron, to serve on one of the nation’s most powerful courts, the U.S. Court of Appeals for the First Circuit, because Barron authored the legal justification for drone strikes against Americans as a Justice Department official in President Obama’s first term.

Paul launched himself onto the mainstream national political scene with his first filibuster on this issue in March 2013 in an attempt to block the nomination of former White House counterterrorism official, John Brennan, to head the CIA. In a thirteen-hour disquisition, Paul argued that extrajudicial killings of Americans in the fight against terrorists violates the Bill of Rights.

Paul is targeting Barron now because the Harvard Professor reportedly wrote at least two of the memos laying out the legal justification for the targeting of Americans when Barron headed the Office of Legal Counsel at the Justice Department in 2011. The OLC traditionally serves as the executive branch’s last word on questions of what is and isn’t legal.

Paul’s filibuster itself will not block Barron’s confirmation. Senate majority leader Harry Reid changed the rules last year to allow the majority to override a filibuster when debating the president’s nominations to a lower court. Paul would need to swing many Democratic Senators against the nomination to succeed. Demoratic Sen. Chuck Schumer said earlier this week that some of Democratic Senators remain on the fence. The Senate is likely to vote on the nomination next week and Barron’s confirmation is still expected. 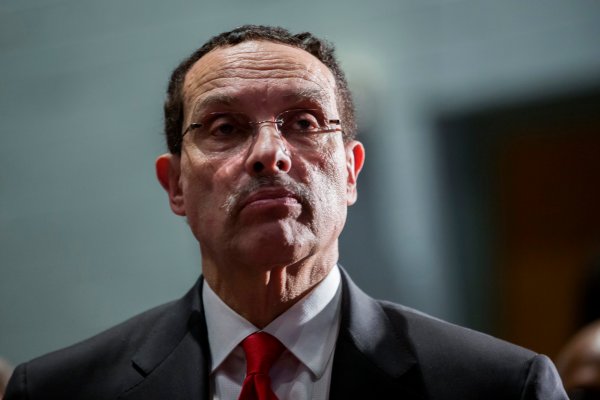