Explosions in Nairobi injured as many as 10 people on Friday, the Kenya Red Cross said, as European tourists were being evacuated from Kenya due to a high terror threat. At least four people were killed in the twin blasts, the Associated Press reports.

The Kenyan National Disaster Operations Center tweeted that the explosions occurred near a popular Nairobi market.

No group has yet taken responsibility for the bombings, although Kenyan President Uhuru Kenyatta issued a vague statement about “terrorism” after the blasts.

“Many countries are faced with this particular problem (terrorism). All of us must be united to ensure that we fight it,” reads the statement, posted by the International Business Times. “We will do what we can as a government. We in Kenya, are committed to this fight and we urge Kenyans to work with us.”

Friday’s attack happened as British tourists in the country were being urged to leave due to a high terror threat from Somali extremist group al-Shabab, particularly along the Kenya-Somali border and in areas in Nairobi. 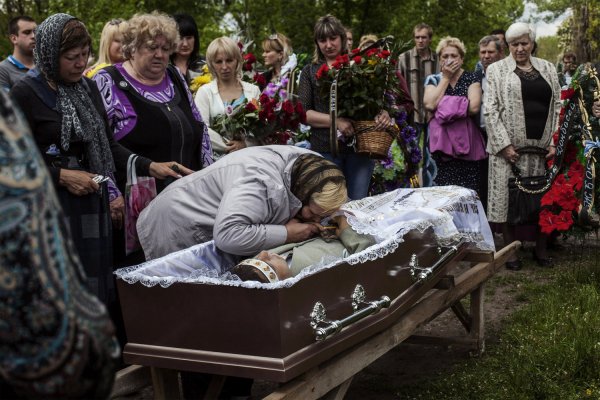 U.N.: Rights at Risk in Ukraine
Next Up: Editor's Pick