People carry the coffin of a miner who died in a fire at a coal mine, draped with a Turkish flag, during his funeral at a cemetery in Soma, a district in Turkey's western province of Manisa May 15, 2014.
Osman Orsal—Reuters
By Charlie Campbell

The first burials of those who perished in Turkey’s worst ever mining disaster began Thursday, as public anger grew over the administration’s reaction to the disaster that saw 284 lives lost with 140 people still missing.

“It’s not an accident, it’s murder,” read a banner waved by trade unionists marching through the capital, Istanbul, according to the Associated Press.

As weary men dug makeshift graves amid the mournful sound of wailing relatives, rescue workers continued to battle methane gas and flames in their efforts to save those still trapped underground.

Turks have been infuriated by Prime Minister Recep Tayyip Erdogan’s apparent shrugging off of the tragedy. Mining accidents “are in the nature of the business,” he said Thursday, citing comparable disasters from British, American and Chinese history.

Compounding the sense of national revulsion, a photograph of one of Erdogan’s aides viciously kicking a restrained protester circulated on international and domestic media Thursday. Tear gas was fired as crowds demanded justice for the victims.

As more people took to the streets, Erdogan warned “extremists” against taking advantage of the tragedy for their own ends. “Everyone should be assured that this accident will be investigated to the smallest detail,” he added. “We won’t allow any negligence to be ignored.”

According to Turkey’s official Anadolu news agency, the Labor Ministry insists that the mine had been inspected twice just two months before Tuesday’s explosion and no safety concerns had been flagged.

There have been more than 3,000 deaths and 100,000 mining injuries in Turkey since 1941, according to the national statistics agency. 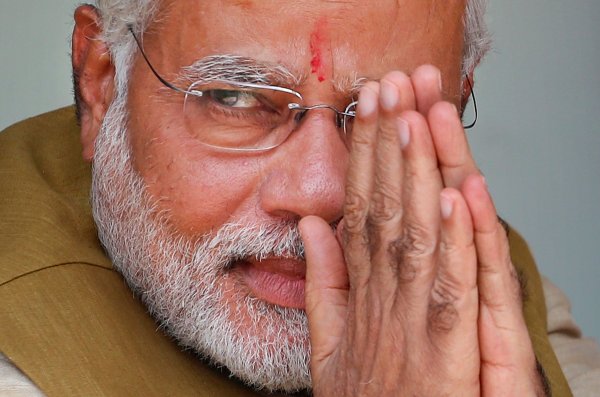 Modi Claims Big Win In India
Next Up: Editor's Pick