The Cost of Chasing Cancer

As a surgeon, I’m trained to crush cancer. For many years, every tumor I palpated and family I counseled drove me to hunt for cancer with a vengeance, using every tool modern medicine has to offer. But recently, one patient reminded me that the quest to seek and destroy cancer can produce collateral damage.

The patient’s story began with a full-body CT scan–a screening test used to detect tumors–that revealed a cyst on his pancreas. Some 3% of people have these cysts, and they are rarely problematic. Based on the cyst’s size and features, there was no clear answer as to what to do about it, but he was given options.

The patient tossed and turned at night, agonizing over stories of pancreatic-cancer tragedies, consumed by the dilemma of whether to risk surgery to remove the cyst or leave it alone. The conundrum strained his marriage and distracted him from his work.

Months before I met him, the patient underwent the surgery, which revealed that the cyst was no threat to his health. The operation was supposed to cost $25,000 and require eight weeks off work. But the toll was much greater, including a debilitating surgical complication.

I thought, This is why he shouldn’t have had a CT scan in the first place. Screening made him sick.

New research finds that some Health-screening efforts have gone too far. A recent study found that yearly mammograms do not prolong the lives of low-risk women ages 40 to 59. Following more than 89,000 women for 25 years in a randomized controlled trial (the gold standard of science), the study is as methodologically impressive as they come. As hard as it is for our pro-screening culture to believe, the data are clear. We are taxing far too many women not only with needless and sometimes humiliating X-rays but also with unnecessary follow-up surgery.

The annual mammogram is not the only vintage medical recommendation under scrutiny. Another large study found that among low-risk adults, taking a daily aspirin–a recommendation hammered into me in medical school–can cause significant gastrointestinal or cerebral bleeding that offsets any cardiac benefits. Doctors are also re-evaluating calls for regular prostate-specific antigen tests and surgical colposcopies after “borderline” Pap smear results because of the risks of chasing false positives and indolent disease.

The problem of unintentional harm is far bigger than many suspect. The Office of the Inspector General for the Department of Health and Human Services reports that among Medicare patients alone, it contributes to 180,000 deaths annually. On a national level, if unintentionally harming patients in the process of trying to improve their health were a disease, it would rank as the No. 3 cause of death in the U.S., using Centers for Disease Control and Prevention stats.

In this era of rising medical prices, cutting waste should be the top priority, especially when that waste pulls doctors away from the important work of caring for sick patients. A 2012 Institute of Medicine report concludes that Americans spend as much as one-third of their health care dollars on tests, medicine, procedures and administrative burdens that do not improve health outcomes.

The patient I met also taught me about another negative outcome, one that does not show up in the national stats: emotional trauma from false alarms. The patient recounted feeling tormented by the idea that he might be harboring a precancerous time bomb. His distress arose not from cancer but from medicine’s limited ability to interpret a normal variation of anatomy discovered by new technology.

The good news is that a grassroots movement within medicine is identifying unnecessary tests and procedures to educate doctors and the public about them. The American Board of Internal Medicine Foundation has been asking medical-specialty associations to name the five most overdone tests and procedures within their specialty. The campaign so far includes more than 60 doctors’ societies.

Reducing overdiagnosis and overtreatment will require broadening medicine’s focus beyond hunting and killing disease to sound research and education on appropriate care. We all must come to grips with the public’s expectation for more medicine. New research is capturing what individual stories, like that of my patient, have been trying to teach us: we have a quiet epidemic of unnecessary, costly and sometimes harmful medical care. 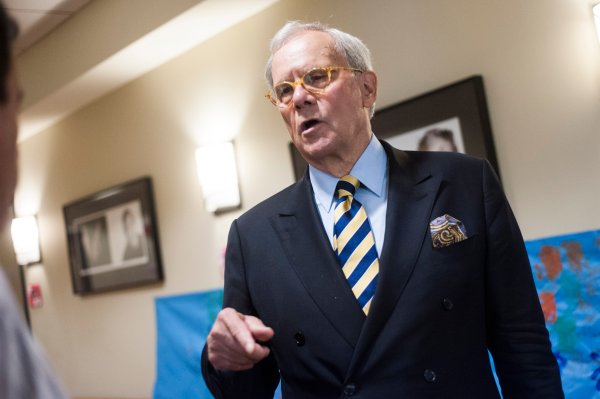 Tom Brokaw's Cancer and His Hopeful Future
Next Up: Editor's Pick