Moral Outrage Checking In at The Beverly Hills Hotel

Comedian Jay Leno participates in a rally to protest draconian punishment of women and gay people announced by the Sultan of Brunei outside the Beverly Hills Hotel, which is owned by the Sultan, on May 5, 2014 in Beverly Hills, Calif.
David McNew—Getty Images
By Kate Pickert

There is no substitute for the warm feeling one when gets when standing up to bullies and bad men—even if taking that stand has little effect at all, and there may be more pressing causes to take up elsewhere. Moral outrage can be its own reward.

Take the Beverly Hills Hotel, for example, where a contingent of gay rights groups, ordinary citizens and celebrities are protesting the fact that the hotel’s owner, the Sultan of Brunei, has instituted a new Sharia-based criminal code in his home country to be phased in over a number of years. Among other things, the new Brunei laws will eventually punish gay people with death by stoning. Given the barbaric nature of this punishment and the fact that the Beverly Hills Hotel offers elaborate same-sex wedding packages, protestors say the Sultan’s actions are deeply offensive and hypocritical.

Fine. But speaking of hypocrisy, how about the Plaza Hotel in New York City or the Four Seasons in Scottsdale, Ariz. or the Fairmont Hotel in San Francisco? Those are partly owned by Prince Alwaleed Bin Talal of Saudi Arabia, a country that also has Sharia law and criminalizes gay sex. And yet, no one is protesting those. Or how about boycotting Mariah Carey, who performed at a New Year’s Eve party hosted by the Sultan of Brunei’s son earlier this year, months after the Sultan announced his intention to implement the new Sharia penal code back in October 2013? And what about taking a stand against the Cannes Film Festival, where a movie starring Hilary Swank and partially financed by the same Sultan son is being shopped and celebrated?

There was, in fact, an effort last fall to shame the Sultan into selling his L.A. properties, which also include the Hotel Bel-Air. But the movement to force immediate change did not pick up steam until just the past few weeks. And as Buzzfeed has documented, the recent uproar may have had as much to do with a few determined union leaders and Facebook as it did with any breaking news events. Once the protest effort gained some momentum, former Tonight Show host Jay Leno and his wife Mavis got on board and Ellen DeGeneres tweeted her support. “The word just spreads like wildfire in this community,” Mavis Leno told CNN. Suddenly, protesting the iconic Beverly Hills Hotel was an urgent matter practically no one in Hollywood could afford not to support.

Christopher Cowdray, the top executive of the Sultan’s hotel company, the Dorchester Collection, has pleaded with protesters to reconsider their campaign, which has caused a steady stream of other organizations to move events and conferences out of the Beverly Hills Hotel and reportedly cost the hotel millions. The protests “only hurt the [hotel’s] employees,” Cowdray told the L.A. Times.

Leno said she regretted potentially causing hotel employees to suffer, but told CNN it was for a necessary cause. “I feel very badly, but this is the only way we can reach the Sultan…Either the Sultan will decide that the hotel is too much of a nuisance and he’ll divest himself or perhaps he doesn’t want to be an international pariah and he will think again.”

So what are the chances the Sultan will buckle under the pressure and sell his hotels or revoke Sharia law in Brunei? Slim, according to Cowdray, who said the Sultan has no plans to sell the Beverly Hills Hotel or reverse course on Brunei’s legal system. And even if he does sell the property, the uproar is unlikely to significantly diminish the Sultan’s fortune, which is reportedly around $20 billion and sustained by vast oil reserves, not hotels.

But when it comes to moral outrage, often it’s the fight itself that makes us feel as though we’ve accomplished something. 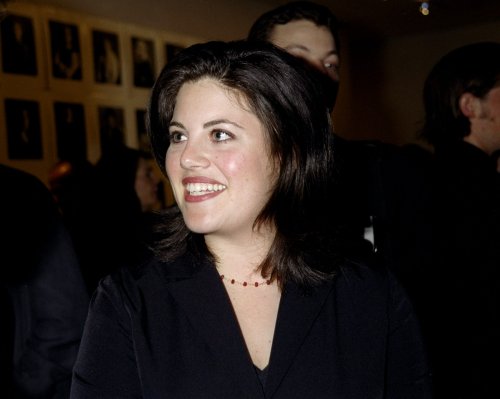 The GOP's Monica Lewinsky Boondoggle
Next Up: Editor's Pick