Jupiter's most distinctive feature - a giant red spot, is seen in this NASA handout photo taken by the Hubble Space Telescope of the planet, April 21, 2014.
NASA/Reuters
By Noah Rayman

A storm the size of Earth on the face of Jupiter, known as the Great Red Spot, has been shrinking rapidly over the past two years and is now at its smallest size ever recorded, NASA said Thursday.

The spot was measured at 25,500 miles across its axis back in the late 1800s. It steadily shrank until 2012, when astronomers found that it began shrinking by as much as 580 miles a year.

Now, according to a recent observation by the NASA Hubble Space Telescope, the storm is “only” about 10,250 miles across (that’s still wider than Earth’s diameter).

Scientists still aren’t sure exactly why the storm is changing, though a NASA team is looking into whether small eddies that appear to converge with the storm may be altering its size. 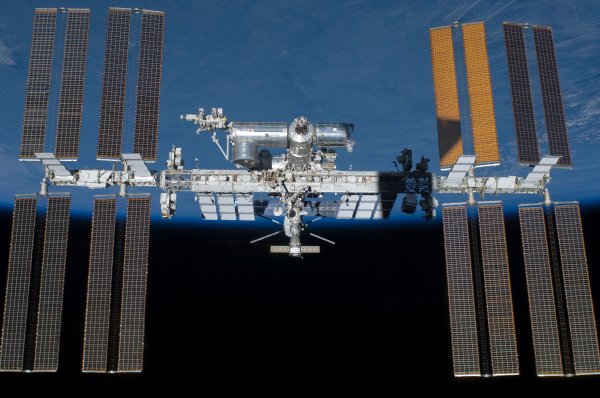 Russia Threatens to Cut Off NASA's Access to the ISS
Next Up: Editor's Pick